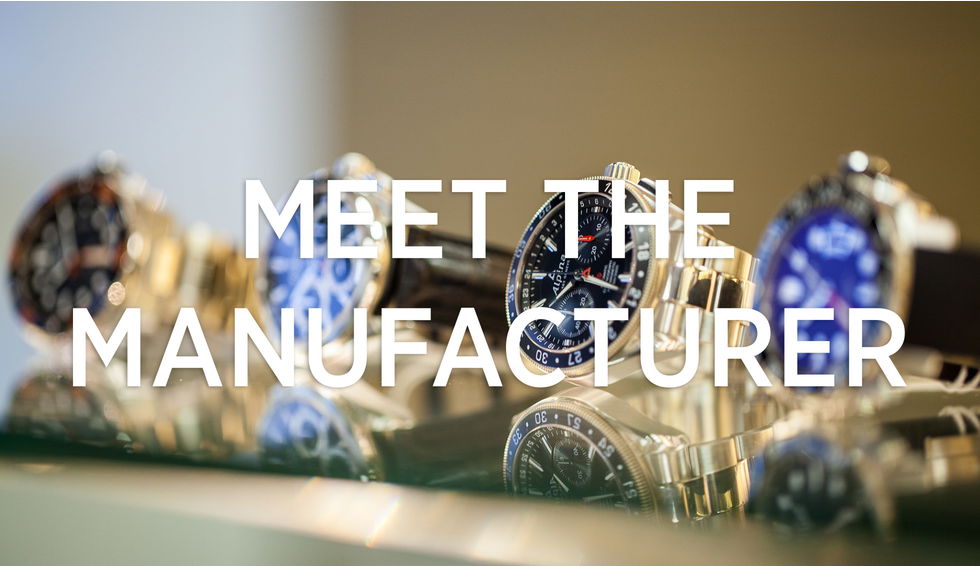 In 1938, this Swiss manufacturer wrote a new chapter in watch history with the presentation of its Alpina 4. It combines the four essential traits of any modern sports watch, all rolled up into one package. It’s water resistant, antimagnetic, has a steel case, and also shock protection. While these are hallmarks that most sport oriented watches serve up in some form today, back then Alpina was the first manufactuerer that offered the total package of a modern sports watch. Even though the Alpina 4 has turned into the Alpiner 4, its famous stand out features continue to remain steadfast. Originally, the brand was founded as an amalgamation of some of the most well-known producers and watchmakers and it controlled the entire production chain; from manufacturing to delivery. A few years ago, Alpina was resurrected by Frederique Constant and both of these up-and-coming manufacturers have achieved a considerable amount of respect in the luxury watch branch. Just like Frederique Constant, Alpina has also developed an entire series of in-house movements.

Watch Highlights from the Video

Alpina proves its merits as an independent manufacturer (and not merely just the kid brother of Frederique Constant) with its in-house development of a flyback chronograph movement, regardless of the designs that still show some trace elements from its affiliated brand. The distinctive feature of the AL-760 is that the mechanic of the movement is kept rather simple. The calibre is composed of only 96 components. Thanks to its ease of use, the manufacturer decided to name it Direct-Flyback-Technology. It’s no wonder that this brand’s new workhorse is constructed into the famous Alpina collection of watches. These models, along with their flyback-chronograph functionality (like every Alpiner 4) have the four essential sports watch characteristics merged into them.

The Alpina is a diver’s watch from head to heels. Its name is a dead giveaway that the entire submersion watch genre has been interpreted anew here due to its very sporty leanings and it’s also water resistant up to 300 metres. The automatic movement AL-525 ticks inside this time piece with a power reserve of 38 hours and a frequency of 28,800 vibrations per hour. The watch clocks in at 44 millimetres and is available with rubber, steel, or Milanese watch straps.

This chronograph is equipped with the calibre AL-860, which provides the watch with a power reserve of up to 46 hours. Optically, it’s gravitates towards a more sporty and modern appearance, which is a guiding theme in the entire Alpiner collection of watches. It has a case measurement of 44 mm and comes with a metal or crocodile leather watch strap.