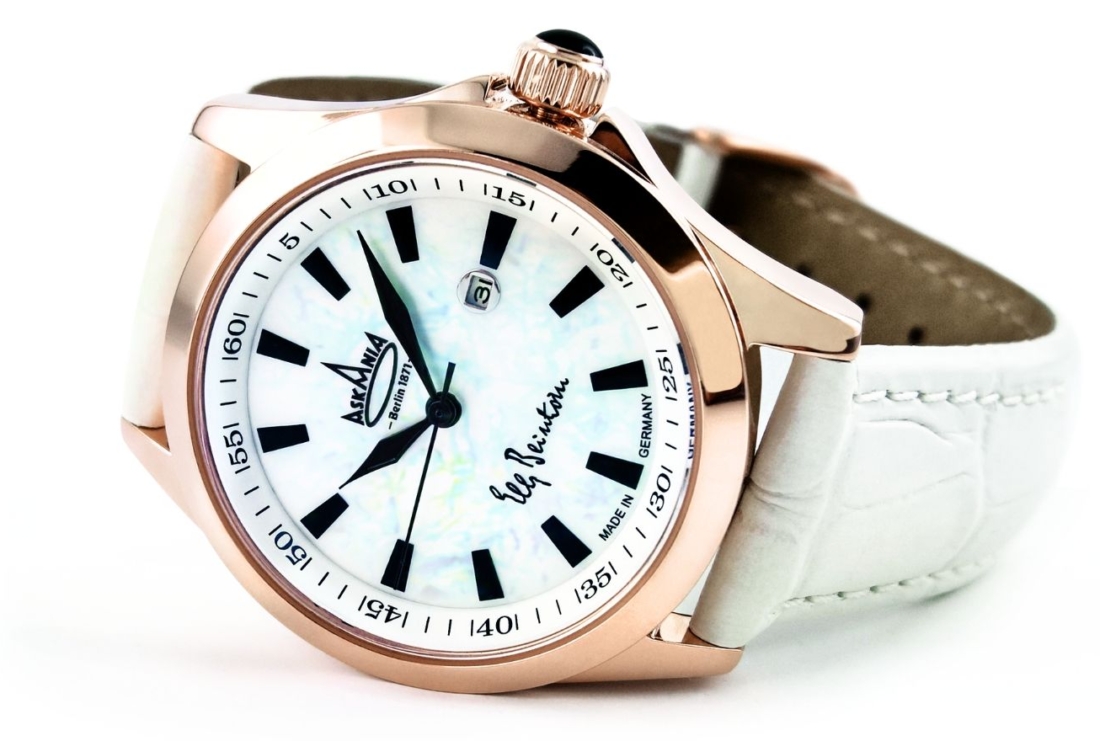 In a sense, Elly Beinhorn was to 20th century aviation what Marie Curie was to chemistry: a woman who unwaveringly and successfully stood her ground in a male domain. Beinhorn thereby managed to go down in history as one of Germany’s most reckless and gifted pilots.

With an eponymous watch collection, the Berlin-based watch manufacturer Askania dedicates a variety of models to this German flying ace to preserve the memory of her dangerous undertakings.

Elly Beinhorn was born in Hannover in 1907. After attending a speech by aviator Hermann Köhl as a schoolgirl, she decided to sit in the cockpit herself one day. Against the will of her parents, she completed her flight training in 1929 with flying colours. However, her career prospects were not not off to a good start:

At a time when aviation was still a male-dominated field, Beinhorn was prohibited from flying a passenger plane. As a result, she did not have much of a choice but to start her airy career as a aerobatic pilot.

Despite a bumpy start, Beinhorn was quickly able to make a name for herself thanks to her enormous abilities. However, she wanted more than just to spend the rest of her life flying rehearsed choreographies.

The breakthrough came in 1931

Equipped with a map of Africa and a bottle of cognac against the cold, Beinhorn found herself in the cockpit of a Klemm Kl 25 only two years later. Her destination: Bolama in Guinea-Bissau on the west coast of Africa. The 70 hour long and 7000km long outbound flight went largely according to plan, whereas her return flight almost cost Beinhorn her life. On her way back an oil pipe burst, forcing her to make an emergency landing somewhere in the middle of a desert, where she was lost for four days. Beilhorn only managed to survive by walking 50 kilometres through the desert until she finally arrived in Timbuktu – completely exhausted and sick.

However, this suicide mission marked the beginning of a life of continuous record hunting. In the same year, she would set off on a world flight, before she circumnavigated Africa in 1933. Another flight through Central and South America between 1934 and 1935 was followed by her legendary one-day flight over two continents, which we already covered in connection with Askania’s Taifun collection, see here.

With 23 to Africa and with 25 around the world – always accompanied by board instruments from Askania. Because of this special connection, the Berlin watch manufacturer has a dedicated collection for this heroine of aviation.

Although the watches – not least because of their historical reference – were designed as pilot’s watches, they feel particularly at home on smaller ladies’ wrists. This is primarily due to the narrower diameter of 35mm, but also the colour scheme with bright summer colours and the use of iridescent mother-of-pearl dials has been designed with the female clientele in mind.

What unites all the watches at the end of the day is their Elly Beinhorn signature. Either as an autograph as on the three-hand watch (see at the beginning of this article) or stylized as on the three chronographs above, each watch proudly boasts its eponym on the dial. For the entire collection, Askania only makes use of high-quality Miyota automatic movements, which are meticulously adjusted by Askania’s watchmakers in the Berlin studios. The colourful chronographs are priced at €1,390, while the three-hand watches with their elaborate, hand-made dials start at €1,590 (depending on the model).

Finally, it only remains to say that the Elly Beinhorn collection by Askania is a beautiful memento to an impressive young woman. Fans of aviation, who are looking for a high-quality automatic watch Made in Germany and with an important historical reference, will definitely find what they are looking for here.

More information can be found right here on Askania’s website. 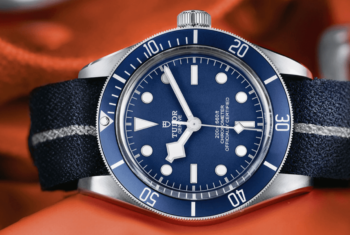 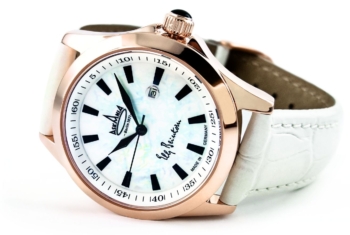 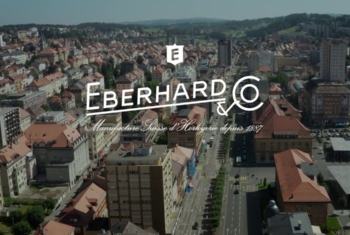 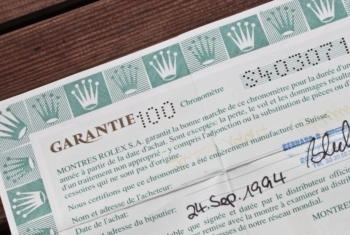 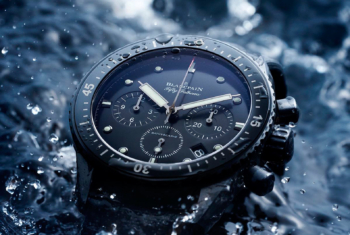 Tips for Handling Watches Close to the Water