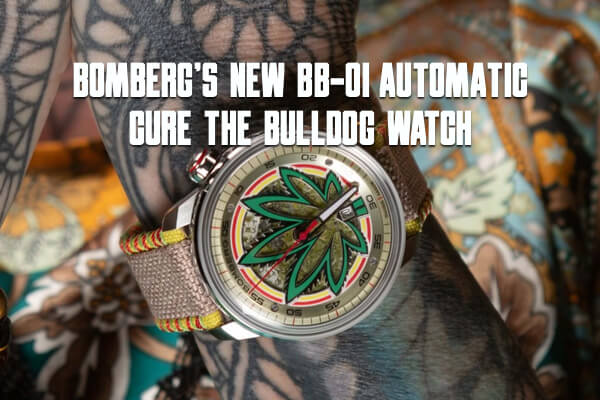 There is no doubt that Rome resounds in full splendour in the handcrafts of the Italian jewellery brand – BVLGARI. The Brand’s founder, Sotirios Voulgaris, was born in Greece. In 1884, he settled in Rome and changed his name to Sotirio BVLGARI. His adopted home city inspired him to create astonishing watches that incorporate some of Rome’s most famous symbols. These motifs are still utilised by BVLGARI nowadays. As for the most representative one from these symbols, it has to be the Latin “V”, which is emblematic of the Brand’s official logo. The letter comes from the Latin alphabet for “U” in BVLGARI, while also subtly pointing to the Founder’s origin.

The Company’s oldest watches in existence today date back to the 1920s. However, its most iconic watch collection, the Serpenti, was only first introduced in the 1940s’. A distinctive watch collection on its own, the BVLGARI Serpenti is characterized by its case, which is modelled after a serpent’s head and exquisitely decorated with gold and jewels.

Bulgari watches bring together the aesthetics of Rome and craftsmanship of modern Swiss watchmaking. Since 1980, Bulgari watches are created by Haute Horlogerie SA in Neuchâtel, Switzerland, while the design hub remains in Italy. Traces of Rome are not hard to find in Bulgari timepieces, for instance, the design of the BVLGARI BVGARI collection drew inspiration from ancient Roman coins and columns from the Roman temples. Although Bulgari establishes its name in the jewellery segment, its watches are not secondary to the dazzling creations, The arrival of the Diagono, the first men’s watch, broke with this tradition with its elegant sport watch look, that could rival the likes of Patek Philippe Nautilus and the Royal Oak. Sixteen years later the Company produced the first watch that was manufactured entirely in-house, the Grandes Complications. Significant innovations in watch cases and movements marked the 2000s, as BVLGARI set a world record for the thinnest watch and later in 2014 for the thinnest Tourbillon movement (1.95 mm).

The family-run company faced fundamental changes in 2011 when the LVMH Group purchased a 51% stake in BVLGARI. Currently, BVLGAR is a full subsidiary of the LVMH Group, as the Bulgari family sold its remaining shares to LVMH for EUR 236.7 million.

This classic unisex collection is reminiscent of historic coins of the Roman Empire. For over 40 years, the watch is now characterised by the engraved BVLGARI logo on its bezel. The design of the BVLGARI BVLAGRI watches looks modern and provides an exciting contrast to the otherwise classical and fancy watches from the house of BVLGARI.

The Serpenti is one of the most iconic ladies’ watch there is. Armed with a quartz movement, this collection emphasises on the play with colours, material and geometric shapes. The double looped bracelet is individual to each watch and it is also representative of the Brand’s expertise in high-end jewellery.

The Serpenti collection is known for its unique juxtaposition of different materials in a watch. The following are some of the most iconic models from the Collection:

The Bulgari Diagono belongs to the class of elegant sports watches. This characteristic is not only showcased through its classical yet sleek design, it is also reflected in the materials the Diagono watches are built with. The use of Magnesium in the construction enables the watch to be light, yet allowing the watch to stay robust and to withstand extreme conditions. Other notable models from this Collection include the Diagono Scuba and the Diagono Velocissimo. They offer a good representation of colourful dive watches and sophisticated chronographs.

As the name suggests, the case of the men’s collection OCTO is octagonally-shaped. The date display, as well as the indices at 12 and 6, add to the dial’s clarity. Masculine and suitable for a variety of occasions, either for leisure or a more formal occasion, the Bulgari OCTO will certainly make an impression.

Octo Velocissimo: Its clearly-defined edges emphasize its masculine appeal. Apart from this, the OCTO Velocossimo boasts impressive technical features, such as an integrated chronograph with a column wheel mechanism, an automatic movement with a date display and its water resistance up to 100 m.

Inspired by the Serpenti bracelet, this dazzling ladies’ watch collection comes with an automatic movement and a petite 33 mm case diameter. The Bulgari Lucea is equally striking as a watch as it is as a piece of jewellery. It is available in a variety of versions from rose gold to stainless steel. An important feature is a pink diamond embellished cabochon, which holds the crown. The latest line from 2017 even offers a moon phase feature.