Kickstarter Watch of the Week: Firle Watches and its Sennen Automatic 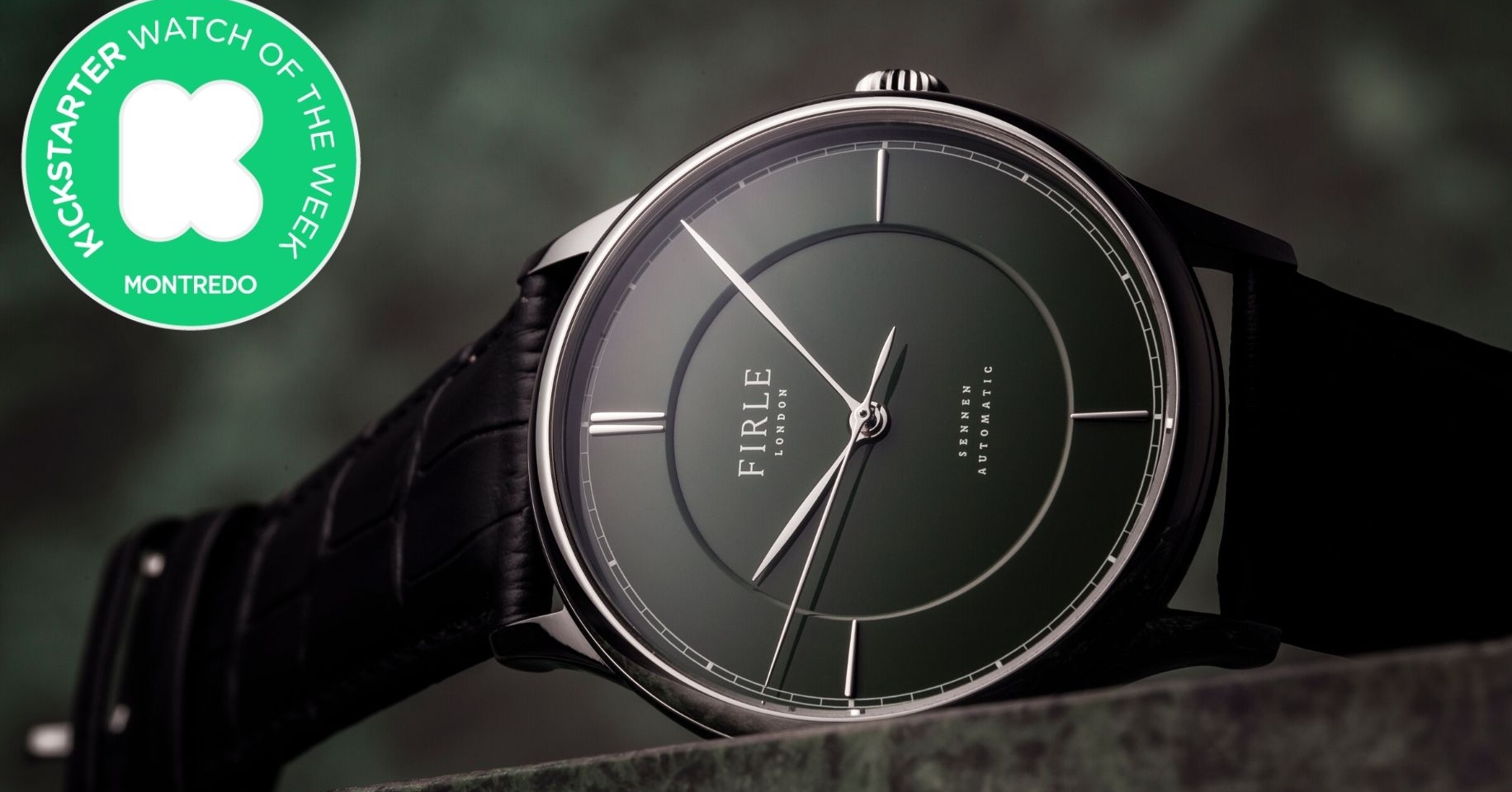 It is no secret that we are great admirers of British watchmaking. Even if the island has recently been somewhat relegated to the horological background and has given way to countries such as Switzerland and Japan, it can look back on a truly impressive history when it comes to watchmaking.

Just think of Thomas Tompion (1639-1713), the “father of English watchmaking”, or the great Thomas Mudge (1715-1794), who invented the lever escapement in 1755. Even today, more than 250 years(!) after its invention, this escapement is still used in most mechanical watches. If you mention “English” and “watchmaking” in one sentence, there is of course no getting around mentioning George Daniels. Daniels – also British – is the inventor of the Co-Axial escapement and thus rightly considered as one of the greatest horological geniuses of all, just like his apprentice (and fellow countryman) Roger Smith.

It therefore doesn’t come as a surprise that the watch we are about to present now also proudly bears its provenance on the dial.

The brain behind Firle Watches is the Englishman Will Martin, an avid surfer and watch enthusiast. His passion for watches arose during his student days, even though Martin’s timetable was filled with industrial design and engineering classes. However, after almost four years of experimenting and trial-and-error, his first watch is now at the ready. It is called the Sennen.

To understand its name, some background knowledge is required: Martin, who grew up on a farm in Sussex, spent most summers of his childhood on the southwest coast of England in Cornwall, where he also discovered his love for surfing by the way. The county is known for its rugged coastline and steep cliffs, which always deeply impressed him. That’s why Martin chose Sennen, a small civil parish in the county of Cornwall, as the source of inspiration for his watches.

Also the name of his watch brand is an ode to its British heritage: Firle is derived from the Anglo-Saxon word Fierol, which translates to “oak covered land”.

If we had to use a single word to describe the Sennen, we would probably go with “elegant”. Particularly noteworthy is the subtle railway minute track in combination with the delicate feuille hands and the well-proportioned onion crown.

The fact that less is more proves once again right with the minimalist dial of the watch: The reduction in text inevitably draws the eye to the uncluttered dial, which may seem unspectacular at first glance, but appearances are deceptive. By enamelling the dial, it gets a radiant shine and an inimitable creamy texture, which can only be achieved by the complex firing process. (If you want to find out why this is the case, we recommend our article on this subject).

Admittedly, especially young Kickstarter watch brands often operate true to the motto “all show and no substance” as long as the first impression is right. All the more reason for us to give the all-clear here:

The view through the screwed sapphire crystal case back reveals the high-quality movement. With the STP1-11, the Sennen houses a Swiss automatic calibre from Swiss Technology Production (STP). Said calibre is ultimately an offshoot of the ETA 2824-2, whose legendary robustness is certainly not worth mentioning any longer. For Firle, the movement is once again decorated with perlage and the rotor is prettied up with Geneva stripes.

The Firle Sennen Automatic at a glance:

Our Kickstarter Watch of the Week

The reasons that speak in favour of Firle Watches are obvious: The Sennen is a distinct watch for every occasion, where the whole package is just right. For a mere £380 (just under €430), you get an enamel dial, a Swiss automatic movement, sapphire crystal on both sides and all of this in a very attractive case. In addition, for every watch sold, £5 will go to Plastic Oceans, a marine conservation NGO founded in 2009. Thumbs up!

These facts seem to have convinced the Kickstarter community alike: The required amount of roughly 20,000€ was reached within 48h. At the time of publication (14 May), Martin has already raised 166% of his originally anticipated budget and there are still eight days left until the campaign ends.

By the way, the watch is already in stock and ready to ship, which is unusual for Kickstarter watches but all the more pleasing. Click here for the Kickstarter campaign.