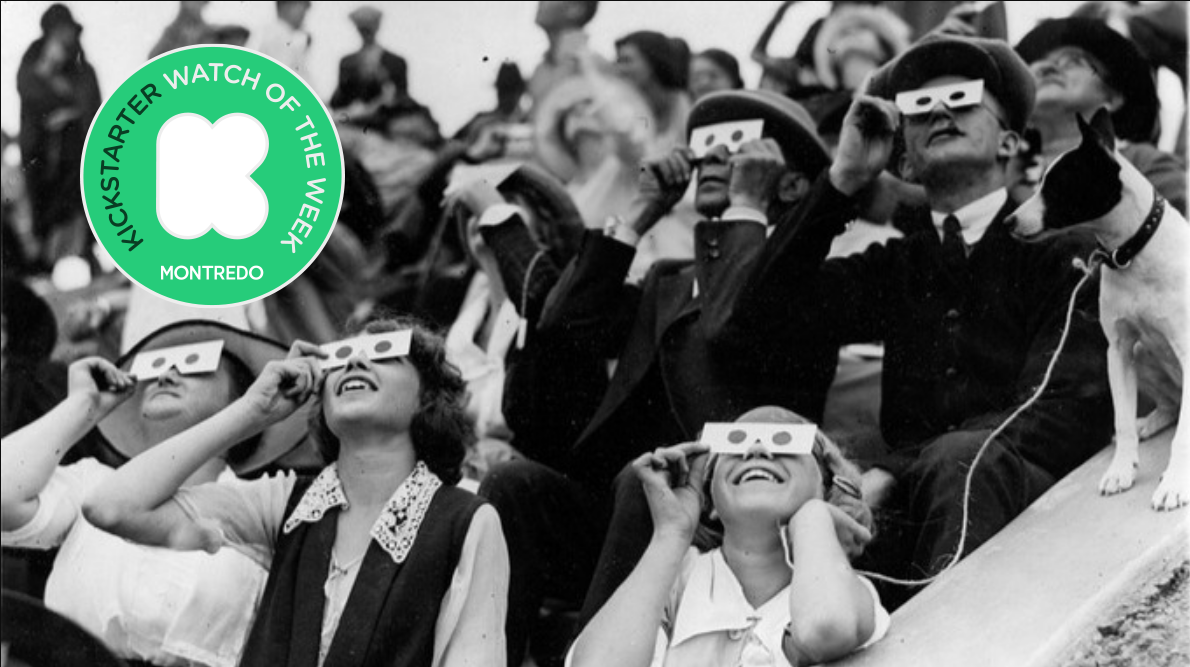 The watch industry does not only consist of large, well-established manufacturers. Fortunately, there are always newcomers who enliven
the market with their fresh designs. In order to finance their own ideas,
these young companies often look to crowdfunding platforms, such as Kickstarter. This platform is now so popular that it is difficult for interested customers to keep track of the wealth of offers. In between all the superfluous Bauhaus and Submariner homages, we will regularly pick out worthwhile campaigns for your attention, and present them as Kickstarter Watch of the Week. Today, we start with the Direnzo DRZ 03 Eclipse.

The prototypes of this Kickstarter watch have already received plenty of advance praise in the social media since the end of last year.
Direnzo Watches has only been in existence since 2016, and with the DRZ03,
aka “Eclipse”, the Geneva-based company is already bringing its third watch to market. The microbrand was founded by architect and watch designer Sergio Godoy Di Renzo. Di Renzo believes that the design of his creations is influenced above all by the timeless aesthetics of mid-20th century racing cars and aircraft.

Inspired by the Solar Eclipse

In keeping with the name “Eclipse”, the design of the dial of the DRZ 03 is intended to evoke the appearance of a solar eclipse, with a ring of light around a darker ring. To achieve this effect, the dial consists of two parts:
An inner matt disc and an outer circle with a sun-ground fumé surface.
A beautiful effect: the lollipop of the second hand runs exactly along the line of the inner circle and, and in the version with a date feature, exactly covers the optional date window when passing by it.

At the same time, the watch takes inspiration from famous diving watches of the 1950s and 1960s. According to Direnzo, the Omega Seamaster 300,
the Breguet 1646 and the Jaeger-LeCoultre Deep Sea served as design models. However, the watch is not a clear homage to a special watch (as is unfortunately too often the case on Kickstarter), but has its own unique design language. The dial and bezel make do with simple indices without numerals, giving the DRZ 03 a particularly harmonious symmetry. The large, freely positioned crown also reinforces the retro character of the watch.

With its diameter of 40.4mm and 47mm from lug to lug, the DRZ 03 Eclipse is ideal for most wrists. Like the dial, the bezel is protected by sapphire crystal and completes one full rotation in 120 clicks.

The watch comes in two dial variants: matt black, and blue. The blue version is equipped with bluish BGW9 luminous material, the matt black version with Old Radium Superluminova. Included in delivery is both a steel strap and a nylon strap.

As befits a decent diving watch, the DRZ 03 is 200m water resistant.
With the Sellita SW-200, the watch is well equipped and for the kickstarter price of 499 US dollars a real bargain.

All in all, the Direnzo DRZ 03 meets all the requirements of a fully-fledged watch:

More information about the manufacturer and the watch can also be found on the Direnzo website.

A detailed presentation of the DRZ 03 can be found on the campaign page at Kickstarter.