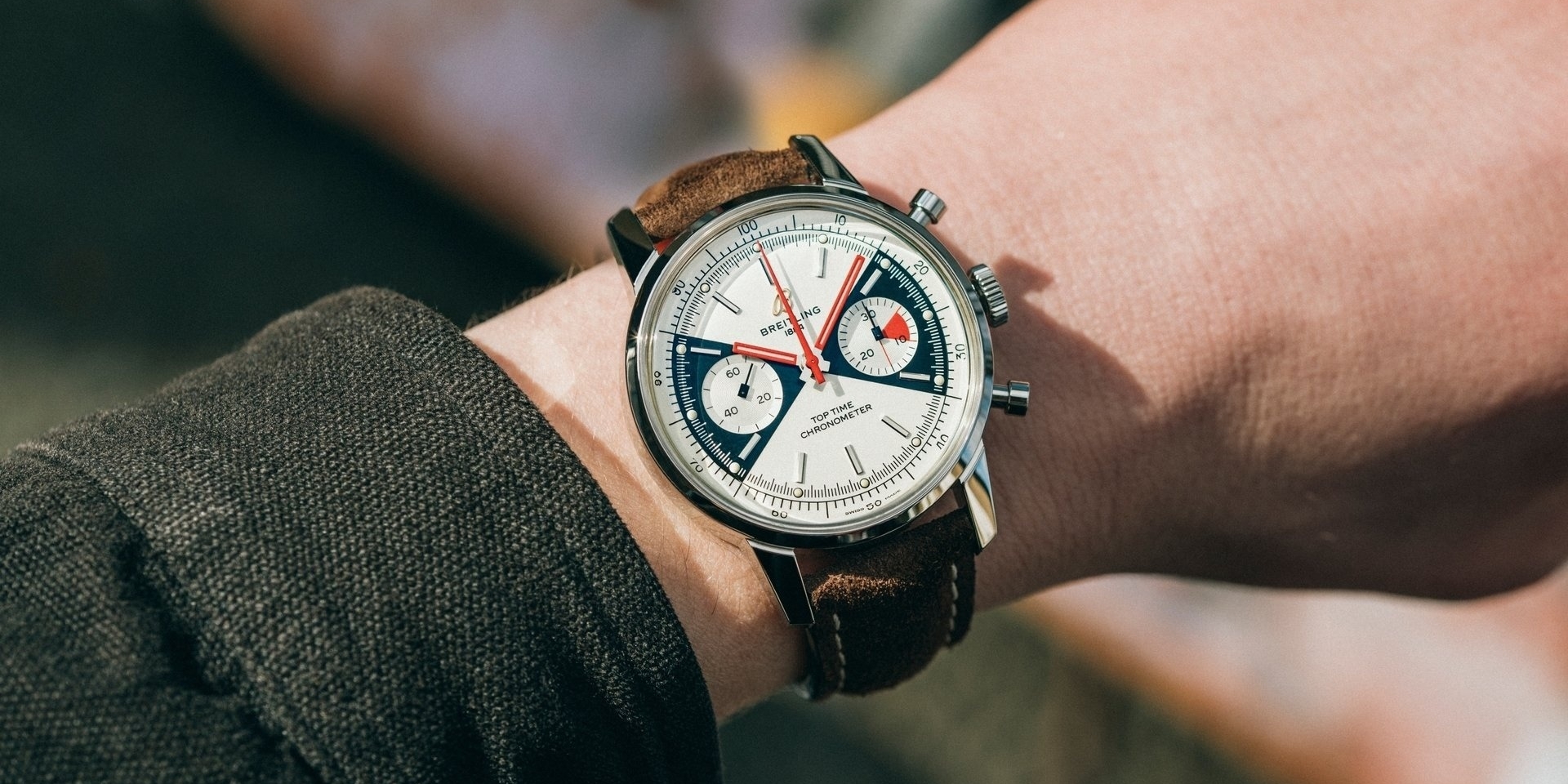 Most watch fans think of Breitling’s Navitimer first; it is the brand’s absolute classic. But there was also a second collection in the 1960s, Top Time, which even received James Bond status, having been worn by Sean Connery in Thunderball (1965). Breitling is now looking back to this period and is launching a new limited edition, which also features a few modern updates.

Previously in the 60s, the company had recognized that there existed a market for younger clientele, and thus, the Top Time was born. This model featured an ultra-modern design, and was primarily aimed at the up-and-coming young employees in large cities who wanted a “real” watch but had no desire for old-fashioned designs. A figurehead of the collection was the so-called Zorro dial. If you look at pictures of the watch, it is not hard to guess how this nickname came about. This expressive dial was chosen for the new edition and paired with striking red hands. However, the size has been modernized, from 38mm to 41mm and the watch is now an automatic, whereas the original was required to be be wound up by hand. Of course, as with every Breitling, the movement purchased from ETA or Sellitta is a chronometer, so it is particularly accurate and COSC-certified.

Another of the modern details mentioned is the handling of the guarantee and authenticity: for the first time, Breitling is using a block-chain-based system to confirm the authenticity of the watch, use of the remaining guarantee and to handle service requests. The system comes from a non-profit company whose goal is to establish Blockchain-based solutions in the industry, thereby increasing security and confidence in the origin of used luxury watches.

If you wish to secure one of the 2000 copies now, you fortunately don’t have to go to a jeweler in times of an epidemic: the Breitling Top Time Limited Edition, Reference A23310121G1X1 is available for € 4,850.00 directly from Breitling in their online store.