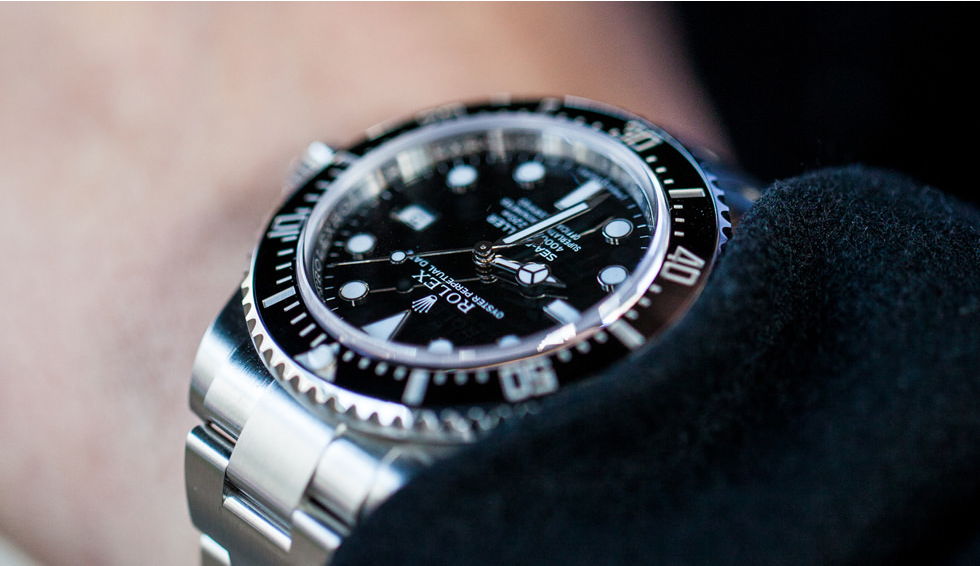 THE BRAND’S MOST SIGNIFICANT CALIBRES

Rolex watch movements are considered by many to be unrivaled in terms of their performance. They are robust and precise, maintenance friendly, and tick over a long period of time without ever skipping a beat. The core characteristic of the 3135 calibre family is its synthetic ruby-mounted rotor. While many other manufacturers choose ball bearings, Rolex has opted not to use any moveable parts, which helps keep wear and tear within its wrist engines to a bare minimum.

Rolex watch innovations never serve their own ends, but are rather geared towards fulfilling the famous characteristics of their calibres. The brand places mechanical consistency at the forefront rather than optics or just packing in additional functionality for the sake of it. And it’s largely paid off: Rolex watches are considered the epitome of high-quality timepieces that stand for reliability and an unwavering construction.

In the following article, we have compiled an overview of the most significant automatic calibres from Rolex released over the past few decades. A success story that begins with the calibre 3135.

No list of the most important Rolex calibres could ever be truly complete without mentioning the 3135. It’s a movement that definitely couldn’t be described as just a simple calibre with a total of 31 jewels. Yet, it is a workhorse designed for a lifetime that just keeps on going and going. Not only is the 3135 considered by many to be the best automatic calibre that’s ever been built, but it also constitutes the base design for most of its recent movements altogether.The brand has never been one to strive towards superfluous developments. Instead it built upon the success of its innovations with an entire sport calibre series that for decades has never required any modifications. In the world of watches, that’s something quite remarkable. It has a date date dispaly at the 3 position with a quickset feature.

Incorporated in: Submariner No Date, Air King, Explorer I

The calibre 3136 is two and a half millimetres larger than the 3135 and it has been consolidated into the e.g. 41 mm sized Rolex Datejust. While other manufacturers just call it a day by repackaging the same calibre into a larger watch case, the brand has opted instead to launch an entirely new movement. Its dimensions have been fine tuned to meet the current demands of everyday wear that’s placed on Rolex watches that have surpassed the 40 millimetre mark.

The 3155, successor to the 3055, has been over a period of three decades the calibre of the famous Day-Date with its weekday display at the 12 position. The yellow gold version with a President bracelet is a legendary timepiece that has been worn by several US Presidents. Beginning in 1988, the 3155 was amalgamated into the Day-Date and also launched in the same year as the 3135 base movement.

The 3156 is a reworked version of the 3155 that, similar to its sibling calibre, also has a weekday display. In comparison with the 3155, the 3156 was supplemented by an in-house, Paraflex anti-shock system as well as a Parachrom hairspring. This new construction is characterised by a higher resistance to magnetic fields and less sensitivity to vibrations. The 3156 is larger than the 3155 and it’s been built into the 41 mm Day-Date II.

The following calibre is based on the 3135, but it features a GMT complication and this is why it’s half a millimetre larger in size. Its module facilitates a second time zone display with the aid of an additional hour hand, which requires 24 hours for a full dial rotation. Taking twice as long as the actual hour hand to progress, the hour of the second time zone is read off of the 24 hour count-up bezel. The base form of this calibre class with a second time zone is the calibre 3085. Launched in 1985, it was the first movement that enabled the GMT hand to be configured independently from the current time via the crown and was also first used in the GMT Master II “Fat Lady”.

7. Calibre 4130 – The Chronograph Calibre From Rolex

When Rolex launched calibre 4130 in 2000, it was the last calibre to replace a third party supplier movement (namely, the Zenith El Primero)”. Since this moment in time, Rolex became a manufacture, able to make all of its movements solely in-house. Rolex’s chronograph calibre is two millimetres larger than the 3135, clocking in at 6,5 mm. Yet, it’s still considerably thinner than e.g. the ETA/Valjoux 7750. The movement oscillates, much like the 3135, with 28.800 vibrations per second and it enables a stop time to an eighth of a second.

Both the 3131 and 3132 are Paraflex/Parachrom modified versions of the 3130. Unlike the Milgauss calibre 3131, Rolex has found the sweet spot for the smaller 3132 in watches measuring sub 40 mm.   Next to the Rolex Explorer I, there’s also an automatic version of the Cellini that belongs to the more elegant line of Rolex watches. Both the calibre 3165 as well as the 3180 are modifications of the 3132 with a small second placed at the 3 or 6 positions.

Incorporated in: Milgauss, Explorer I, Cellini

Since 1999, the brand has succeeded in creating a calibre (the 2235) that’s every bit as tough and accurate as its big brother 3135, yet significantly smaller. While the 2235 has important characteristics of the 3135, such as the ruby-beared oscillating weight, it can’t be said that it’s based entirely on the 3135. Given its petite nature, the mechanical construction is all the more remarkable and even surprising because it’s a calibre with a diameter of just a bit over 20 millimetres and belongs to the smallest variety of movements altogether.

In 2015, Rolex launched the 3255: a next generation calibre. According to Rolex, it reworked a total of 90% of its components. Food for thought: maybe it’s an indication of the brand heading in a new direction. It might even become the prototype for an entirely reworked, automatic calibre program. The 3255 itself is a very convincing Rolex movement that has a significantly increased power reserve of 70 hours, compared to the 50 hours of previous calibres. This is made entirely possible by the interaction of the Chronergy escapement, the anti-friction properties of its optimised lubricant, and a maximum amount of tension by the use of a larger mainspring in a smaller barrel.

Rolex says that the calibre 3255 is considered  twice as precise as the requirements of the COSC norm, even when many Rolex wearers generally observe a rate variation of hardly more than 2 seconds per day. The 3255 calls the newest generation of the 40 mm Day-Date its home and all things considered, it’s certainly possible that this represents the initial spark for a totally reimagined Rolex calibre series for automatic three handed watches. 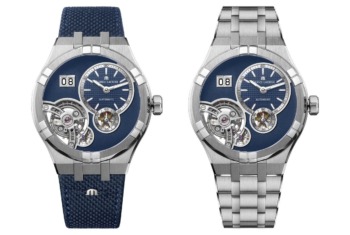