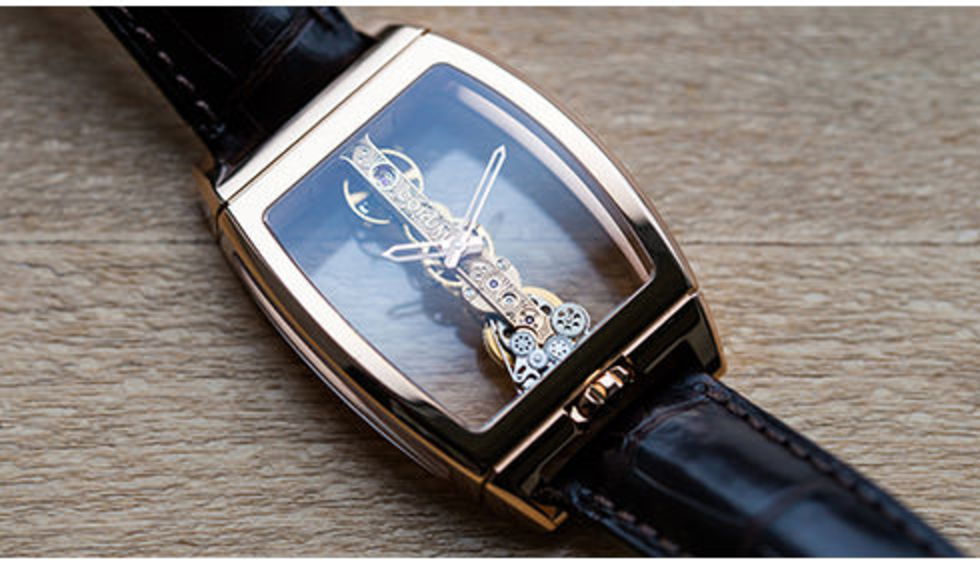 “The motto of the brand has always been to be very exclusive and very special.“ – Jacques-Alain Vuille, Executive Vice President – Corum

Many manufacturers in the world of watches claim to create something truly special. In an industry which sometimes has a propensity towards mimicry, few watch producers ever make good on it. Corum, founded in 1955 and headquartered in La Chaux-de-Fonds in Switzerland, constantly strives towards creating truly outstanding pieces in haute horlogerie.

Corum isn’t a brand that churns out high volumes of watches and could be considered as more on the niche side of the production scale. However, numbers are secondary in light of its truly unique creations such as the Golden Bridge, the Coin Watch, the Admiral’s Cup collection, as well as the iconic Corum Bubble. The brand’s philosophy is centered on customizing some of its models in order to ensure the satisfaction of its clientele, while continuing to keep a tap on the pulse of the market and an eye for the times.

If Corum’s distinct and outstanding creations are anything to go by, then it has certainly captured the imagination of throngs of watch aficionados and the entire industry itself.

We get our very first look at the Golden Bridge, whose movement is eponymous for a very iconic watch collection. Also known as the “baguette”, it actually appears to float in the middle of its tonneau shaped case and its dial is protected by a sapphire crystal with anti-reflective treatment. This very distinct timepiece calibre oscillates with a frequency of 28,000 vph, has a power reserve of 48 hours, and a movement finish in 18kt gold. Once solely situated in the territory of manual winding timepieces, today there are Golden Bridge’s that have incorporated an automatic movement as well as a tourbillon.

Here is one for the Numismatologists: Corum’s Coin Watch $ 20 is a timepiece constructed inside of a 22kt $20 gold coin. The double eagle itself has been hollowed out on the inside and a thin, CO293 automatic movement with 30 jewels and 72 hours of power reserve has been placed inside of it. Corum has opted to set a 0,17 ct diamond in its crown as an additional luxurious addition to the watch and its rounded out by a crocodile leather strap with a tongue buckle.

Drawing inspiration from the maritime international yachting regatta, known as the Admiral’s Cup, this collection offers a substantial amount of variety that alongside three handed watches, also encompasses models with stop functionality e.g. the Admiral’s Cup Chronograph at 1:02. This particular model has a case measurement of 45 mm and a teak wood dial, a material choice frequently used in boat construction, and it fits in perfectly with its role as a nautical wrist instrument. In the spirit of good sportsmanship, several nations’ flags have been placed on the border of the dial and they also serve as additional 5 second increment indexes. The Admiral’s Cup comes on a black, so-called “Mad Max” leather strap and offers a substantial water resistance of up to 300 metres.

Originally introduced in 2000, Corum has given its Bubble collection a complete make-over. This rebooted watch collection, beginning with just a handful of pieces, has grown steadily over the last few years. Corum underlines the Bubble’s higher finish as well as a shift towards concentrating on higher-end watchmaking content. Depicted here is the Bubble Luminova, a 47 mm timepiece in a stainless steel case. It incorporates an automatic movement and has 42 hours of power reserve. The Luminova has a black brass dial with red superluminova quarter hour numerals and its dial is protected by the Bubble collection’s signature domed sapphire crystal.