Edox has been writing Swiss watch history for over a century, making it one of the few established traditional brands that have their origins back in the 19th century. Upon closer inspection, it is the result of a confession of love by a watchmaker who wanted to surprise his wife over 130 years ago. Enchanted by her husband’s dedication and talent, it is ultimately thanks to her that Edox continues to produce high-quality Swiss watches by hand to this day.

It goes without saying that the brand has been through a lot over the decades, yet it has always remained true to its core principles: fair Swiss watchmaking paired with groundbreaking technologies. The brand has continuously excelled in the fields of sports diving, sailing, and automotive racing in particular and offers today high-quality luxury watches, hand-assembled in Les Genevez and at an average price ranging between EUR 1,000 and EUR 2,500.

Especially in the field of diving watches, the brand has taken a leading role. Particularly noteworthy is the invention of the “Double O Ring” technology from 1961, which was arguably the world’s most efficient crown system of its time and quickly found industry-wide application. To this day, Edox boasts one of the world’s most extensive collection of high-end dive watches with prices below EUR 2.500.

Modest beginnings in the Swiss Jura

To understand the story behind Edox a bit better, one first has to rewind quite a bit. In fact, it was as early as in 1884 that a certain Christian Rüefly-Flury laid the foundation for a brand that would go on to produce watches independently in Switzerland even 130 years later – hence its slogan “Maître-Horloger depuis 1884.”

Like almost every major watch brand today, Edox is the product of an accomplished watchmaker. Unlike many of his peers at the time, however, his focus was not on profit, but first and foremost on a profession of love. Rüefly-Flury was born in 1860 in Courrendlin in the canton of Jura, so virtually in the cradle of watchmaking. At the tender age of only 23, he got married to Pauline Flury, an employee of Jean Aegler – a company that was originally a ébauche supplier to Rolex before it got eventually fully integrated into the company.

On the occasion of her 25th birthday, Rüefly-Flury came up with something truly special, namely a pocket watch. It is safe to say that the surprise was a resounding success and his wife even so delighted with the dedication and quality of the gift watch that she was able to persuade her husband to start manufacturing high-quality watches in nearby Biel. This only proves once again that behind every successful man there is a strong woman. Incidentally, with the company name “Edox”, Rüefly-Flury took up the ancient Greek word for “hour” and thus the motif of time. In 1900, the now iconic “hourglass” company logo followed.

Always ahead of the curve with Edox

When Rüefly-Flury died in 1921, the businessman Robert Kaufman-Hug took over the company’s fortunes. Contrary to the spirit of the times, he decided to decisively reorient the company: By eliminating wristwatch production, without which Edox probably might have never existed in the first place, the company became the first watch brand ahead of its time to focus on the production of wristwatches.

Especially after the turmoil of the Second World War, the company expanded vigorously. As a result, by 1955, the workforce already numbered close to 500 employees and Edox was one of the 10 largest watch manufacturers in Switzerland, focusing on the production of particularly waterproof watches. A perfect example of the brand’s ambitions in this field is, among others, the model “Delfin” from 1961: With a fortified case back, a double seal and a special shock protection, this new development set standards in terms of water resistance and robustness. This was followed just two years later by the Edox “Hydrosub,” an overengineered diver’s watch that functioned without any problems at depths of up to 500 meters, which was unheard-of that time. The company thereby pointed the way to the future with its innovative technologies.

When flying became somewhat democratized in the 1970s and more and more people got to enjoy long-haul flights, Edox promptly responded with the first true world-time wristwatch. The “Geoscope” model featured a globe on the dial and allowed the wearer to see all time zones and 50 cities at a glance on the wrist.

In 1983, the company eventually moved from Biel to Les Genevez in the Swiss Jura, where the brand still produces its watches today in the purest Swiss postcard idyll – right in the cradle of watchmaking.

Towards the end of the millennium, in 1998, the brand achieved another technological milestone: For the “Les Bémonts Ultra Slim” collection, Edox engineers and watchmakers developed the world’s thinnest calendar movement, which goes by the name of 27000. The record height of only 1.44 mm has remained unbroken to this day.

Sportive and watchmaking excellence in the 2000s

At the beginning of the new millennium, extreme sports played an increasingly important role for Edox, so that the company began to devote itself more and more to sporting purposes. Considering the company’s watchmaking achievements in these very fields, the decision did not come as a surprise and only underlines once again the relevance that the element of water has for Edox. In the sporting field, Edox is involved as official timekeeper in the Class 1 Powerboat World Championships, the Extreme Sailing Series, the Dakar Rally as well as the renowned World Rally Championships.

Moreover, the brand partnered with the Formula 1 racing team Sauber F1, for example, or became timekeeper at the World Championships of the eponymous powerboat racing series Class-1 in the fall of 2006. Edox not only sponsors numerous water and racing events, but also various extreme athletes. Notable examples are for instane rally driver Martin Prokop or powerboat driver Pal Virik Nilsen.

At the end of the day, what makes Edox stand out in our eyes is the fair overall package that leaves nothing to be desired. At average prices between EUR 1,000 and EUR 2,500, Edox offers genuine Swiss craftsmanship and a great deal of manual labor. Moreover, the brand – one of the last independent watch manufacturers in Switzerland, by the way – has played a decisive role in shaping an entire industry. Model series such as Delfin, Chronorally, CO-1, SkyDiver, Les Vauberts and Grand Ocean still exist today in a modern guise, albeit paying homage to the masterpieces of past decades.

For our huge selection of Edox watches, please see here.

This is a sponsored article by Montredo for Edox. 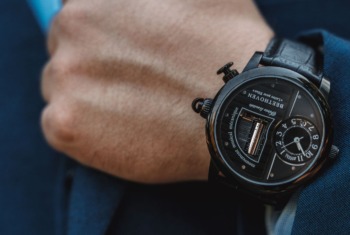