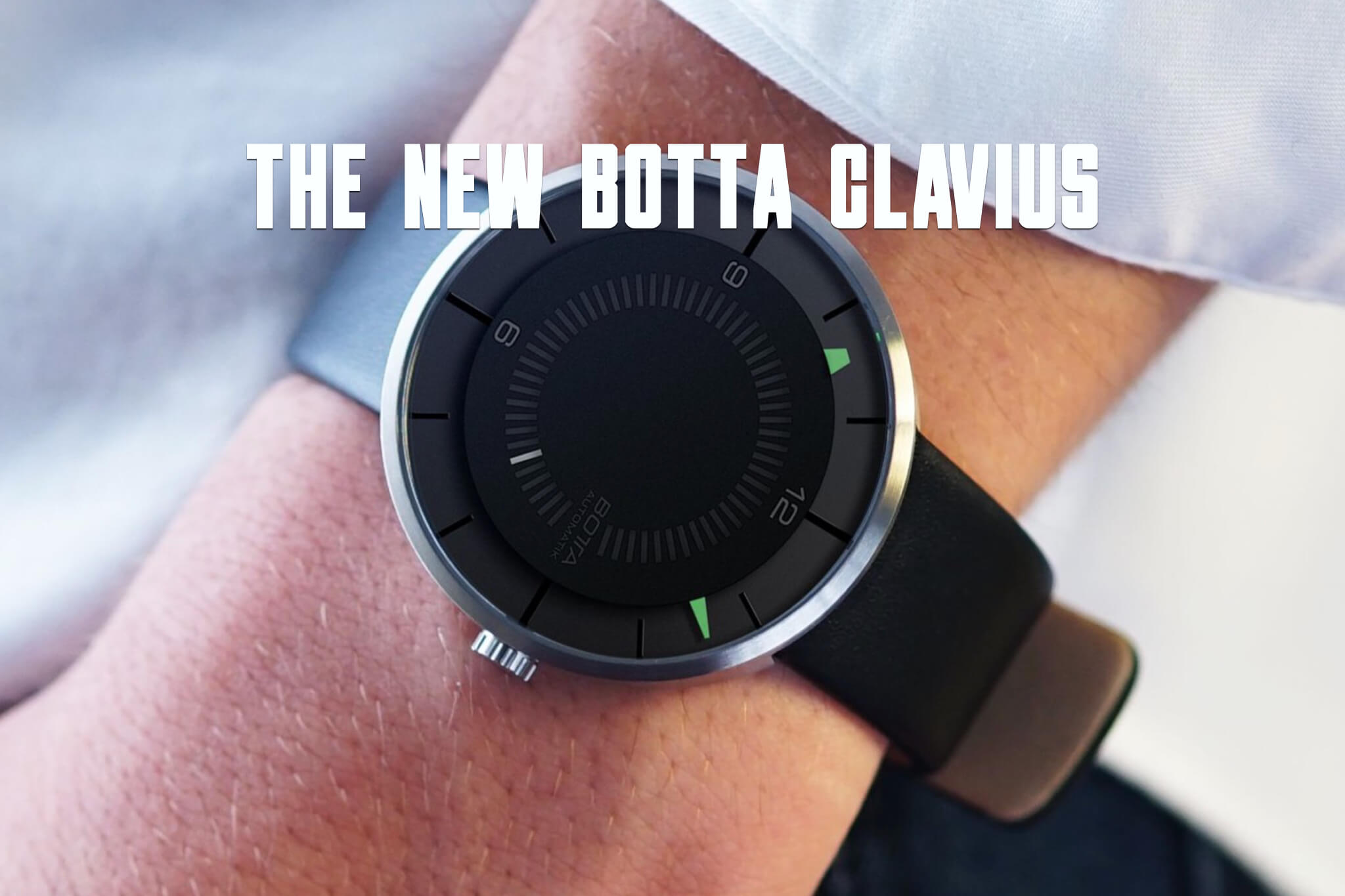 Anyone who thinks Switzerland has always held its current top dog position is mistaken. In fact, about a century ago, the U.S. was still a major player in the global watch industry before gradually losing out in the transition from pocket watches to wristwatches.

How could this happen?

Beneficiary of the Industrial Revolution

Today, no one doubts Switzerland’s dominance, even if countries such as Germany and Japan are hot on their heels. But this has not always been the case.

Just over a century ago, America, or more precisely the USA, was still a real key player in the global watch industry. Alongside England, France, Germany and Switzerland, the country set the tone in the production of (pocket) watches. However, there was one crucial difference: while tradition was still celebrated, especially in Switzerland, and exquisite timepieces were the result of many days of manual labor, the industrious Americans recognized the potential of new technologies very early on.

The origin of this lies in the middle of the 19th century. At that time, the Waltham Watch Company and its founder Aaron Dennison were pioneers with the so-called “American System of Watchmaking. The concept, which emerged in the 1850s, was an alternative to the Swiss approach and aimed to reduce costs and maximize production rates in the manufacture of watches. Time is money after all.

Dennison’s source of inspiration for this is said to have been a visit to the Springfield Armory, a US manufacturer of firearms. There he saw how rifles were manufactured with interchangeable parts, which led him to apply the idea to watch production as well. His vision was that in the future, interchangeable parts mass-produced on purpose-built machines could be assembled by semi-skilled workers – no longer by specialized watchmakers.

A new rationalization in watchmaking

Brands that still exist today, such as Bulova and Hamilton (as well as brands that no longer exist, such as Waltham and Elgin), benefited enormously from the technological advances of their time. This allowed them to expand greatly. Elgin, for example, rose to become the world’s largest manufacturer of mass-produced watches in the early 20th century.

In Switzerland, developments on the other side of the Atlantic were naturally viewed with suspicion. Even if the result was not quite as disruptive as the quartz crisis that occurred a little bit later in time, the Swiss felt the influence of the new production method firsthand.

After all, the mass-produced (pocket) watches were also of high quality, albeit significantly cheaper than their European counterparts. Through progressive standardization, it was thus possible not only to produce larger quantities, but also to significantly reduce costs. This made mechanical watches accessible to a broader mass, which was not exactly the case for Swiss watches and thus caused their sales market to take a nosedive. From the 1870s, sales figures fell significantly.

Not losing sight of the goal

At the Centennial International Exhibition of 1876, the first official world’s fair in the USA, Switzerland sent a few representatives to the land of opportunity – especially in light of recent events. What they saw there truly opened their eyes: A coil of wire was inserted into one end of Waltham’s fully automatic screw machine, and out came a steady stream of perfectly shaped screws the size of the head of a pin. Watch screws of comparable quality simply could not be produced at that rate by the hand-operated machines the Swiss used.

This rapid automation applied not only to screws, of course, but to almost all parts of a mechanical watch.

Given their tremendous edge in the early 1880s, the Swiss and the English had already been all but squeezed out of the American market. The English simply gave up, so to speak, and henceforth limited themselves to high-quality ship chronometers required by the ships of the Royal Navy. In addition, the English watch industry produced overpriced schlock that could only be sold at home, but impossibly elsewhere. Ultimately, as a last desperate act, they established a new protectionism by raising import tariffs, restricting imports from overseas.

Rather than bury their heads in the sand in the same way, the Swiss decided to adapt to the new market instead. It is important to remember here that before the 1880s, the Swiss watch industry essentially consisted of lodges in small mountainous villages, where only a few parts of a movement or a watch case were made.

To obtain a finished clock, these parts then had to be assembled in other small workshops. Of course, by implication, this meant that each watch had to be reworked by hand to compensate for the differences between the individual parts.

After seeing the American system of manufacturing, the Swiss reorganized into centralized factories with some degree of automation. These factories were still very small compared to American companies and they were still not as automated, but now they were able to produce watches more cost-effectively so as not to completely lose out.

The tide turned in the new century. As a result of the war, watches changed more and more from fashion items for women to popular commodities for men. Consequently, the demand for pocket watches became less and less, while the wristwatch became the new must-have item for the modern man.

This put U.S. manufacturers in a trying position.

While Switzerland (and in the meantime also other European manufacturers) reacted quickly to this paradigm shift, the American market had great difficulty keeping up. The problem was that for decades, companies had specialized their assembly lines in the production of pocket watches. A sudden complete redesign in the direction of wristwatches was too costly and time-consuming. Coupled with the onset of the Great Depression in 1929, the industry shift was simply too much, forever killing off many traditional watch brands. Watches became a luxury that most people simply could no longer afford to buy.

Even after the Second World War, when suddenly military and pilot watches were in demand again, some remaining American watchmakers could register a renewed upswing, but only in moderation. In the U.S., interest in domestically produced watches was visibly waning.

Slow and steady wins the race

The Swiss had learned their lesson by the end of the 19th century and were not prepared to cede such a considerable share of their cake again.

While the U.S. was struggling with two world wars and a severe economic crisis, manufacturers were slowly but surely modernizing more and more. As a result, by the 1950s, the Swiss had perfected machine-made yet complicated wristwatches (such as chronographs, automatic watches, or watches with day-date complications).

While this struck a chord with the current zeitgeist, Americans were simply no longer able to master the transition from simple watches to the complicated models that were increasingly in demand in the late 1950s and 1960s.

While the English, for example, threw in the towel too soon, the Swiss stuck almost stoically to what they did best: making high-quality mechanical watches.

Through a quick responsiveness to current trends, especially the change from the pocket watch to the wristwatch, a continuously progressing modernization and certainly a pinch of geopolitical luck, the country managed to fight its way back to the top of watchmaking. A position that Switzerland has not relinquished to this day. 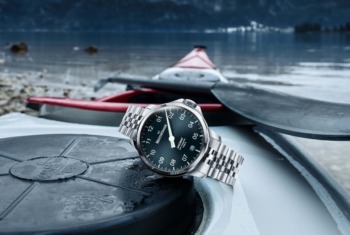 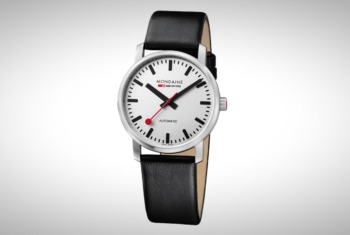 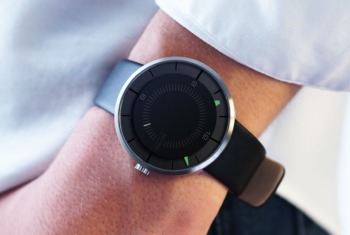 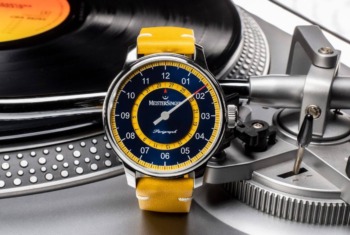