By Montredo in Lifestyle Reviews
February 12, 2020 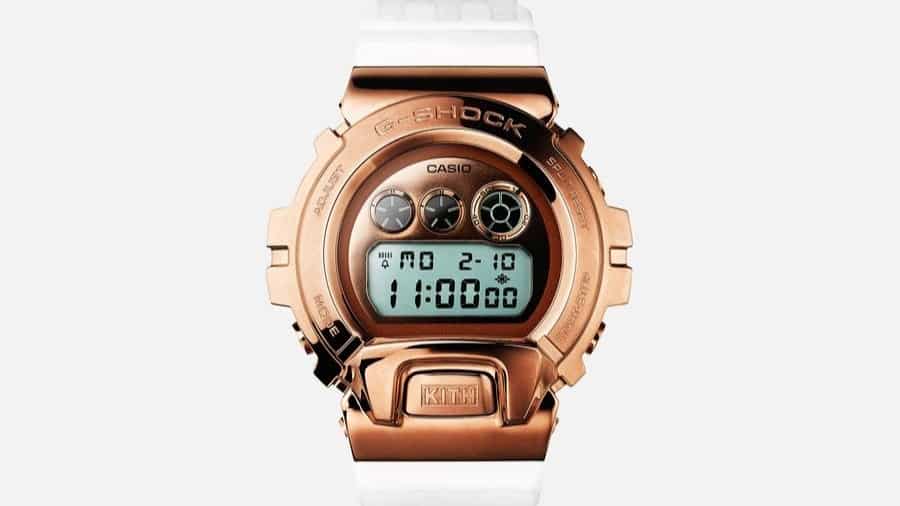 Aaaand she’s gone. It seems as if the Kith x G-Shock GM6900 Rose Gold could be ordered online for like three minutes, then it was sold out again.  Not a big surprise, considering that pretty much every collaboration the sneaker and streetwear retailer from New York enters into is a success.

Kith: The phenomenon of exclusivity

If Kith collaborates with Nike, Champion, Tommy Hilfiger or Coca-Cola, prospective customers may well form a queue stretching all the way around the block — a phenomenon otherwise chiefly seen in front of Apple stores or (as the eldest amongst us may still recall) when Aldi would sell the odd computer. The hype surrounding limited and exclusive merchandise is a well-established force in the world of sneakers and streetwear, and we all know that limited editions belong to the watch industry like rotating bezels belong on divers. If the well is not too often tapped, these exclusive items can still arouse desire among collectors.  The collaboration between Kith and G-Shock is certainly a case in point, and was unquestionably destined for success.

Looking back on all of the partnerships that Kith founder Ronnie Fieg has entered into, you can definitely see an affinity with the 90s. This time, though, it isn’t about reinterpreting hoodies or tennies, but another classic of urban fashion: the Casio G-Shock DW6900, a veritable icon which this year celebrates a milestone birthday.

In 1995 the first G-Shock DW6900 was released, with its characteristic 4 displays and the large button for illuminating them.  The DW6900 has a reputation as a robust, nearly indestructible watch that does everything – but that’s just typical G-Shock.  Or, as the inventor Kikuo Ibe puts it, you can treat it as you like.

Now Casio is celebrating the 25th birthday of its G-Shock DW6900 by introducing  three metal versions of the reference GM6900 for the occasion.  There’s one, though, that’s not available in this lineup: a GM600 in rose gold.  And this is where Kith comes in.

The exclusive Rose Gold version of the GM6900 is only available from Kith (online and in-store) and from selected retailers in Asia.  It is also the first metal 6900.  According to Ronnie Fieg, rose gold has been very important, as a color and a material, since the company was founded.  It is in Kith’s DNA, and can even be found in the stores’ interior design.  The gold alloy was also used in their first collaboration with Casio.  Back then, however, it was only used in the design of a few details, whereas now the entire watch is clad in rose gold.

The Kith philosophy: Just us!

The new Kith x G-Shock GM6900 has also been equipped with a little gimmick: by pressing the large light button, which is now labeled “KITH” instead of the usual “G,” the words “Just Us” appear on the illuminated display – an expression, often seen on products branded by Kith, which is intended to express the familial philosophy of the company.  The wearer of a Kith x G-Shock GM6900 can therefore, at the press of a button, feel like a part of the family.

There is also now a positive LCD display (black numbers on a light background), instead of the negative LCD (bright numbers on a dark dial) which the normal DW6900 employs.

The watch comes with the same shock and vibration resistance as other G-Shocks and is waterproof up to 200m. The metal bezel of the Kith x G-Shock GM6900 is forged several times before cutting and polishing. Even though the watch presents fully in rose gold, it is in fact made of ion-plated steel rather than solid gold. Otherwise a $380 price point would have been impossible. The heft of the steel can be felt clearly on the wrist, giving a rose gold look and feel at a steel price – what more could you ask for?

The watch comes with two different synthetic resin bands,  one in black and the other in white with rose gold accents which complement the overall design of the watch.

You can find more information about the coveted G-Shock here 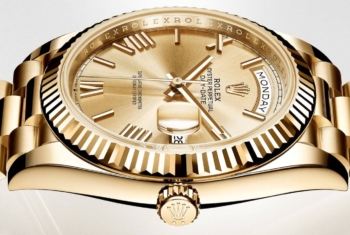 How much gold is in a solid gold Rolex? 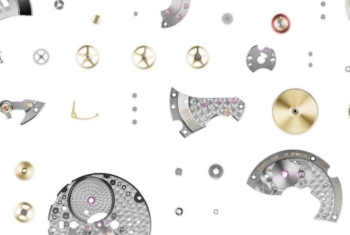 5 Things That Annoy Us About The Watch Industry