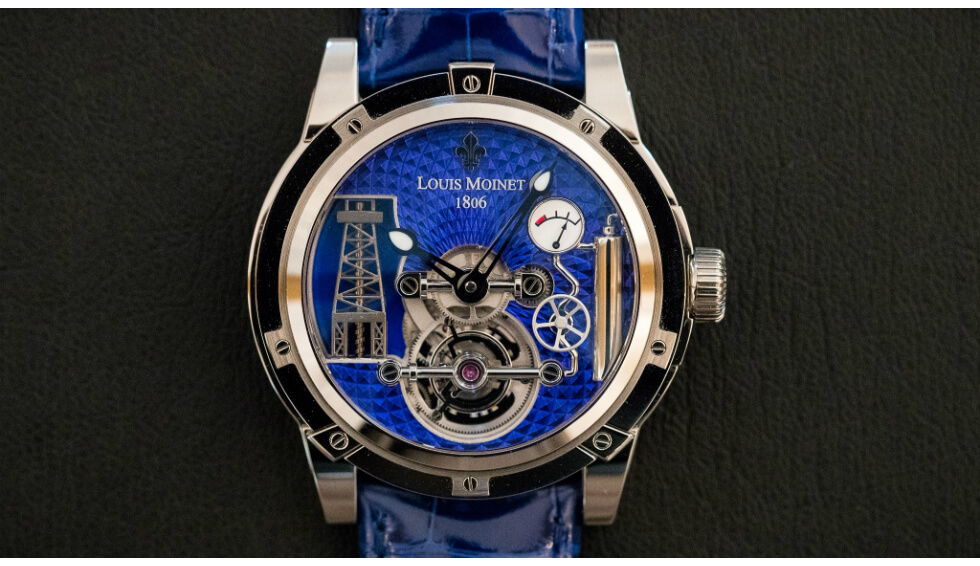 “In our watches, there are three values we would like to incorporate: watchmaking, astronomy and art.”

In the current episode of MEET THE MANUFACTURER, we travel to an idyllic area next to Lake Neuchâtel in Switzerland. Jean-Marie Schaller, CEO and Creative Director, and his watchmaker provide an exciting insight into the world of Louis Moinet and allow us to sneak a peek at their exclusive watch manufacture in Saint-Blaise.

Here are some of our favourite watches from Louis Moinet that are also featured in this episode of “Meet the Manufacturer”:

Louis Moinet, eponym of today’s brand, was born in 1768 in France. From his early days, he spent his leisure time with a master watchmaker and was introduced to Haute Horlogerie, making it just a matter of time until the student ultimately became the master.

At the age of 20, the young Moinet began to travel around Europe to follow his passion of aesthetics and sophisticated arts. During his journey, where he studied in Italy and met various influential watchmakers in Switzerland, he further deepened his watchmaking knowledge before eventually returning to his home country once more.

Upon his return to France, he became friends in 1811 with another exceptionally gifted expert in his field, namely Abraham Louis Breguet. The two watchmakers would spend more than a decade together and it was also during this common creative period, when Moinet achieved something truly astonishing: In 1816, he developed the world’s first chronograph, as approved by the Guinness World Records, making him without a doubt one of the greatest watchmakers ever.

His creation went by the name “compteur de tierces” (thirds timer) and yielded some game-changing features, such as the measurement of a sixtieth second and an unprecedented beat rate of 216,000 vibrations per hour. To put this into perspective, most modern wrist watches usually beat at 28,8000 v/h. Moinet, who initially designed this first chronograph to time the passage of stars and planets, is therefore rightly thought of as the father of high-frequency time measurement.

Moinet’s stellar watchmaking skills were by no means a well-kept secret and word of his talents began to quickly spread. His customer base eventually included some of the most notable persons of the 18th and 19th Century, boasting names such as King George IV of England, Napoleon and Thomas Jefferson.

Thanks to Jean-Marie Schiller, Moinet’s spirit can fortunately live on, since he decided in 2008 to revive his legacy in the form of “Les Ateliers Louis Moinet”. These days, the brand is not only known for its use of exotic materials and highly innovative technologies, but also for its vast exclusivity, as all timepieces are either launched in strictly limited editions, or are completely unique pieces.