MeisterSinger, the single-hand watch specialist from Münster in Westphalia, is celebrating its 20th company anniversary this year. To mark the occasion, the brand led by Manfred Brassler and John van Steen has some very special surprises in the pipeline, which we will share with you in the upcoming weeks and months.

We already get a little foretaste of what is to come with the new MeisterSinger Stratoscope, which is a very special declaration of love for the moon phase complication.

Celestial bodies have fascinated and influenced mankind since time immemorial. As a result, the first moon phases were integrated into wall clocks already as early as the beginning of the 16th century.

After surviving the quartz crisis, it was Blancpain back in 1983 that brought the small but very charming complication (in the form of the caliber 6395) back into the world of mechanical watches.

Moon phases are not a novelty at MeisterSinger either. Since 2018, the models of the Lunascope series have been dedicated to the decelerated display of time with only one hand, expanding it with probably the most romantic complication in watchmaking.

With the Stratoscope model, the brand now presents its second watch with a moon phase complication. Unlike the Lunascope, however, the diameter has grown to a full 43mm, giving the photorealistic image of the moon even more radiance on the dial.

From a technical point of view, the new Stratoscope has been realized by the MS Luna caliber, which is at its core a Sellita SW220-1 that has been further enhanced with a lunar phase module. Well, admittedly, that doesn’t sound particularly spectacular at first, but appearances can be deceiving.

MeisterSinger has managed to create one of the most accurate moon phases ever. See, the reason for this lies in the time it takes the moon to orbit the earth: 29 days, 12 hours, 44 minutes and 2.9 seconds. Most watch manufacturers calculate a complete lunation for the sake of simplicity with only 29.5 days, which results in their watches being off by 8 hours per year. They thus need to be manually corrected by one day every three years.

The gear train of the Stratoscope, on the other hand, works much more accurately and only needs to be readjusted after 128 years.

As usual for a moon phase, it consists of a disk on which two moons are depicted opposite each other. Through an aperture at 12 o’clock (or strictly speaking between 10 and 2 o’clock), the current moon position is always displayed to the wearer.

In addition to the moon, which appears particularly luminous in contrast to the deep black dial, MeisterSinger has applied another finish to the lower third of the dial. The play of light, iridescent in various shades of blue, thereby evokes the association of the auroras visible in the far North, above which the moon circles.

As with the Lunascope, the date window on the new Stratoscope models is located at the 6 o’clock index. We applaud this decision, as it helps to maintain the dial’s symmetry.

As an authorized MeisterSinger dealer, the new MeisterSinger Stratoscope will be available at Montredo as of May this year for an MSRP of 3,690 EUR.

A listing of all watches is available in our MeisterSinger boutique. 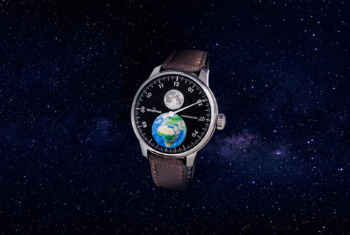 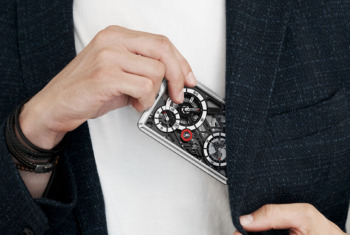 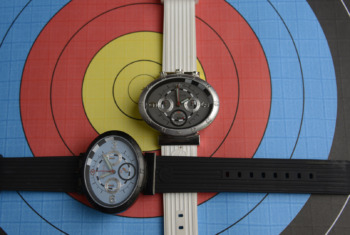 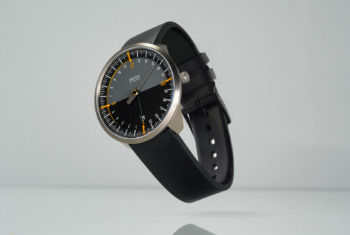 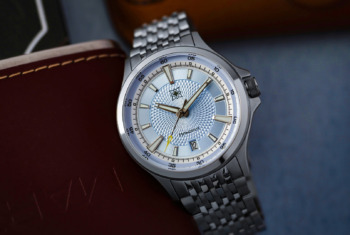 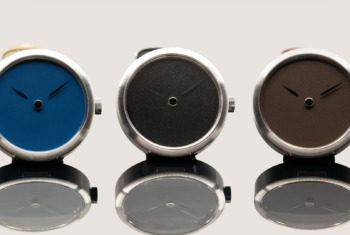