If there is one activity Bulgari enjoys, it is breaking records. Luckily, this year is no exception. On the occasion of the beginning Geneva Watch Days fair, the brand presented a new high-end watch to the world public, once again claiming the horological throne of the thinnest calibers out there.

The world record hunt began in 2014 with the Octo Finissimo, when Bulgari managed to fit a 1.95 mm flat tourbillon into a watch case only 5 mm thick. This was followed the subsequent year by a minute repeater with a profile of just 6.85 mm, before the world’s thinnest automatic watch was introduced in 2017 with a height of just 5.15 mm. In 2018, two world records were broken at once, when a self-winding watch with a height of only 3.95 mm and a tourbillon saw the light of day. Last year, the fifth world record year in a row, the Finissimo Chronograph GMT became the world’s thinnest mechanical chronograph.

The newly introduced Bvlgari Octo Finissimo Tourbillon Chronograph Skeleton Automatic (Ref. 103295) comes in a 42mm case, which is already impressively flat with an overall height of 7.40mm. But it is only until you take a look inside when things become even more impressive:

With the caliber BVL 388, Bvlgari makes use an open-worked, skeletonized monopusher chronograph movement with a power reserve of 52 hours and a tourbillon at 6 o’clock. The overall height: insane 3.50 mm. The case is moreover made of light titanium, allowing the watch to wear incredibly light and comfortable on the wirst.

A monopusher chronograph with two pushers?

Yes, the watch has two pushers at 2 and 4 o’clock, but only one of the two is actually responsible for controlling the chronograph. If you look closely, you will see a nubby surface on the 2 o’clock pusher, which is needed to easily operate the chronograph. With a single push, you can start, stop and reset the timekeeping complication. The 4 o’clock pusher, on the other hand, is essentially a switch for a sophisticated mechanism that determines whether turning the crown winds the watch or sets the hands.

This impressive, record-breaking piece of engineering is limited to 50 pieces and will set you back 155,000 EUR. 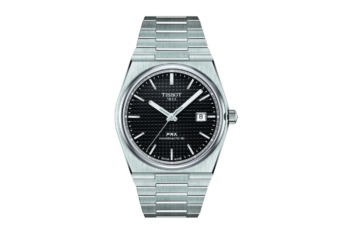 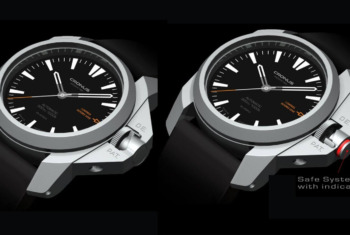 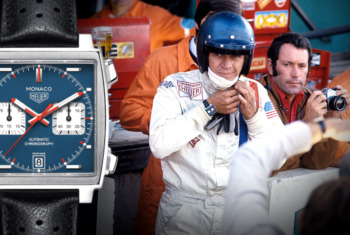