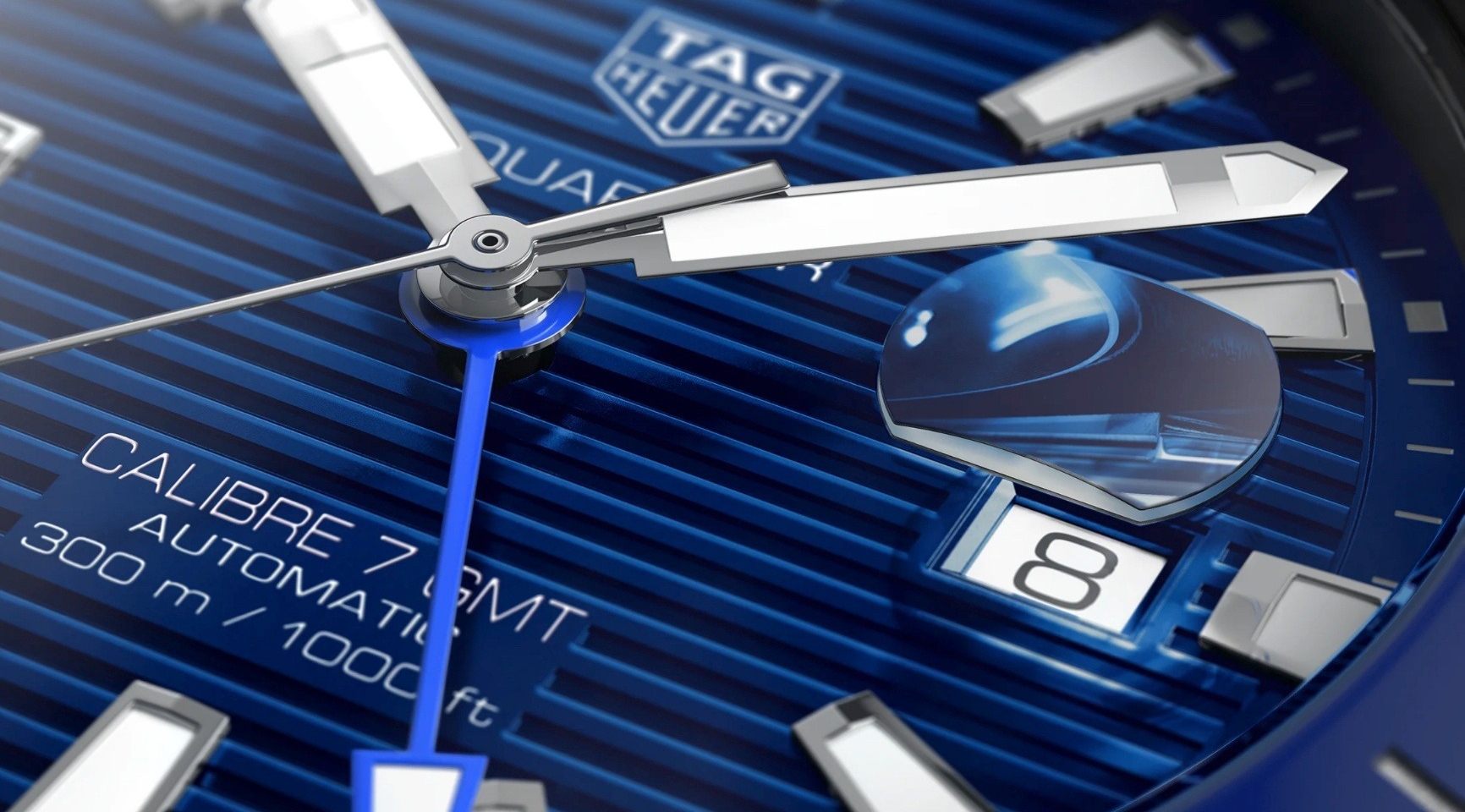 The Aquaracer collection is in a way TAG Heuer’s bread-and-butter collection. First introduced in 2003, the line has since then been a great success for the Swiss watch brand as a professional but at the same time visually very attractive line of dive watches.

What sets it apart is its great variety, as it includes a whole range of modern diving watches in a wide variety of shapes and colors: Three-hand watch, chronograph, quartz and automatic, gem-set, bicolor, you name it. What now follows another GMT watch, which can display another time zone via a bicoloured 24-hour bezel.

With the newly introduced TAG Heuer Aquaracer GMT (Ref. WAY201T.BA0927), a largely identical watch now follows, which only differs from its predecessor by its blue appearance. Since the Pepsi comparison was already used for the 2017 version, the nickname “TAG Heuer Batman” only makes sense now.

The ETA-based Calibre 7 allows the display of another time zone by means of an additional hand, which is colored blue here. Matching this, the dial has a blue sunray effect that perfectly underlines the maritime character of the watch.

The new Aquaracer GMT at a glance:

More information can be found directly at TAG Heuer.

You will also find a huge selection of Aquaracer watches in our shop.