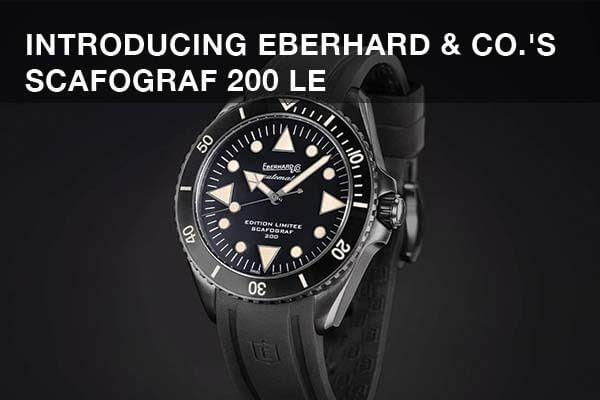 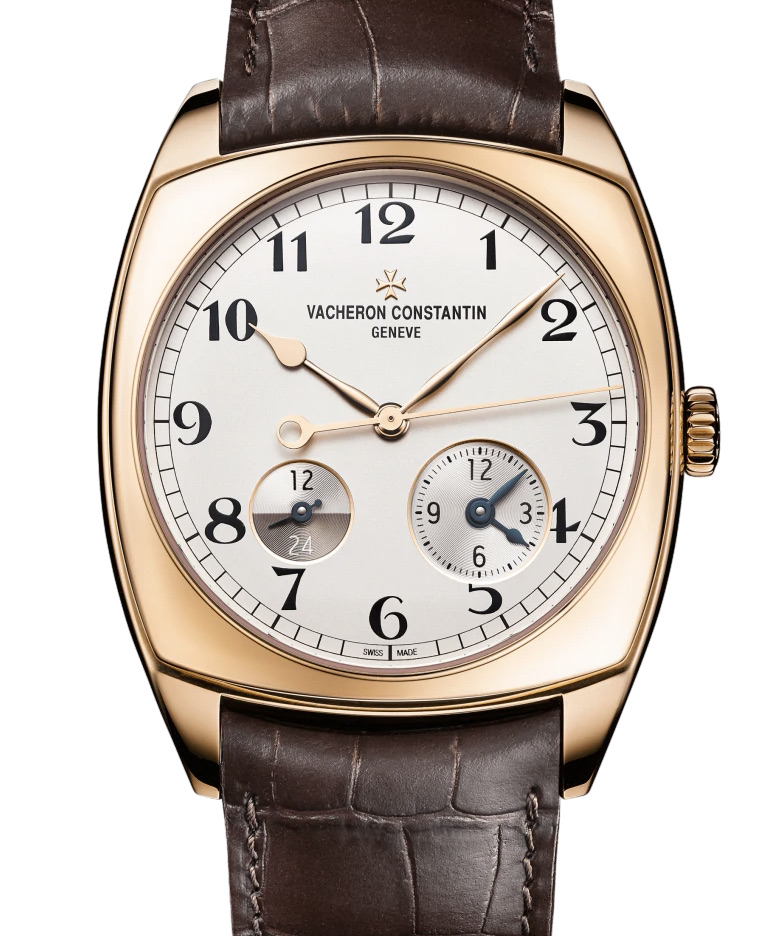 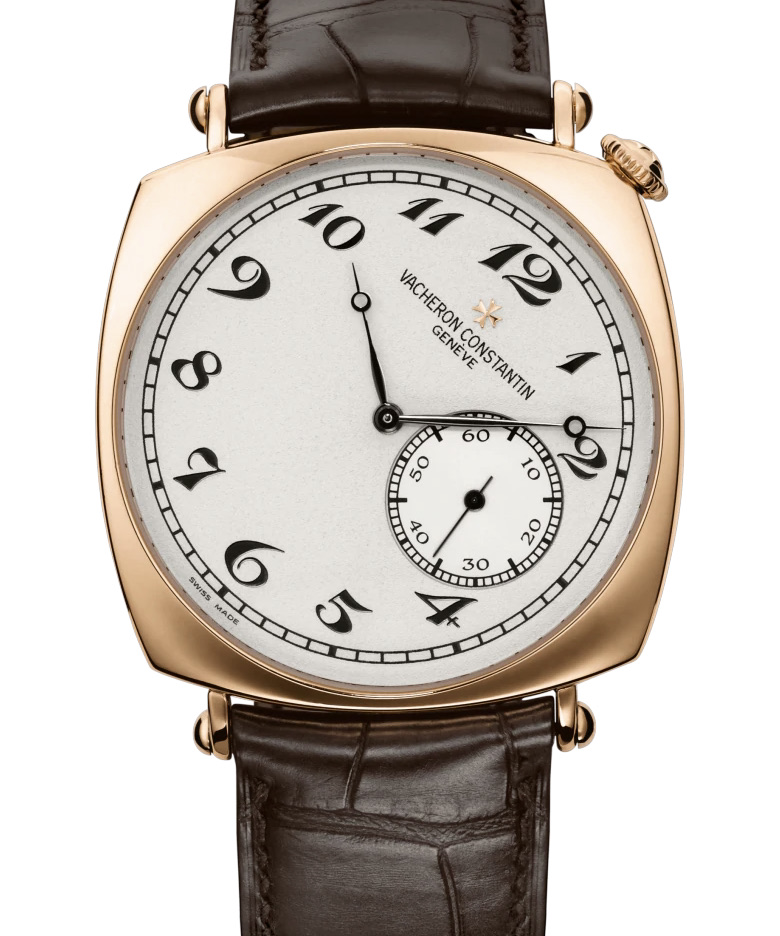 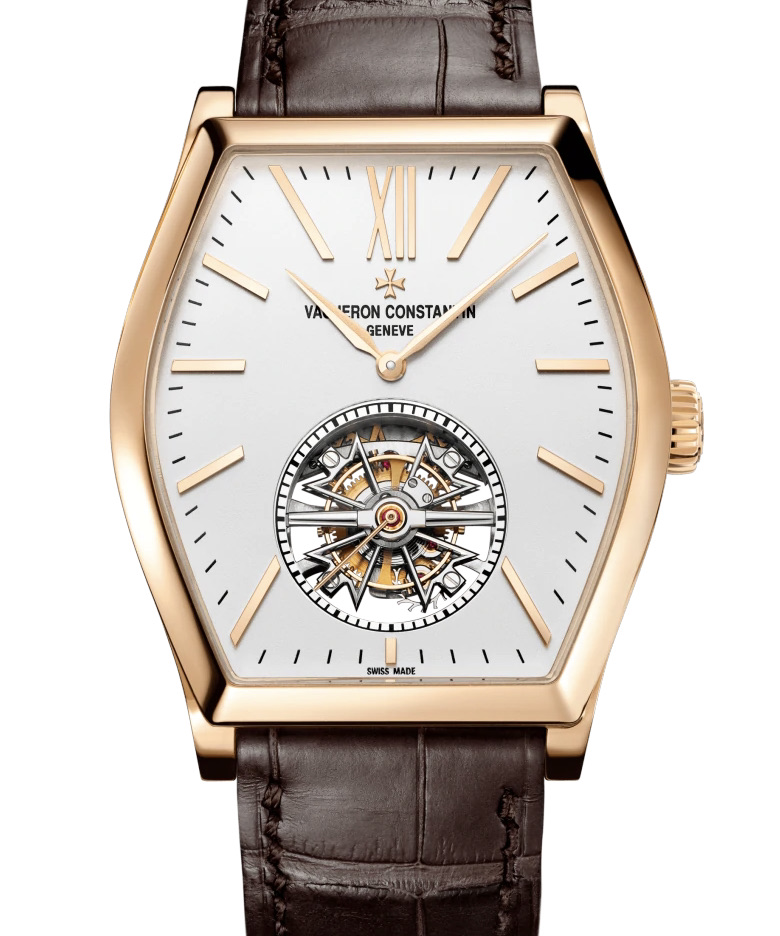 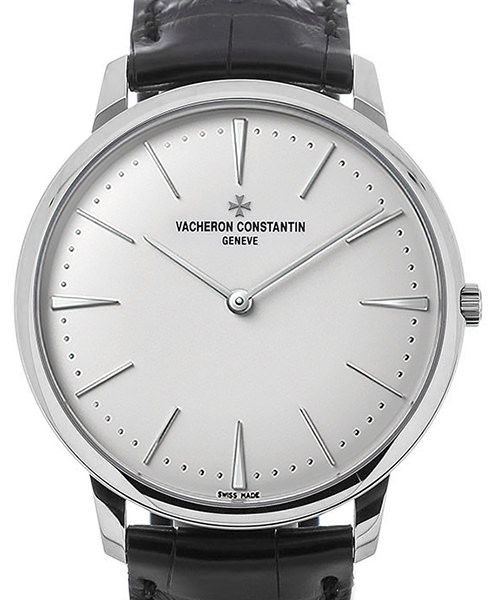 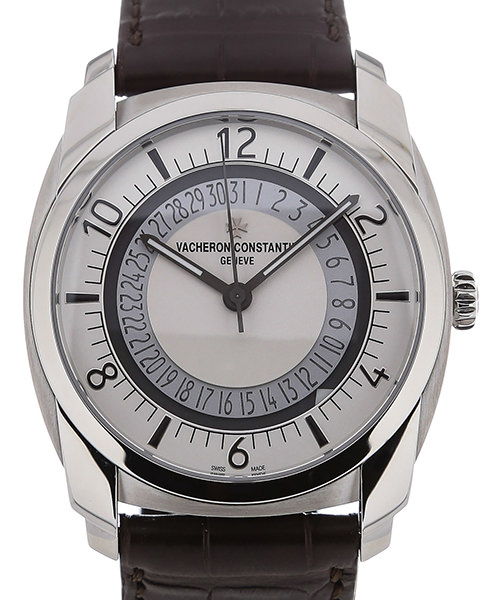 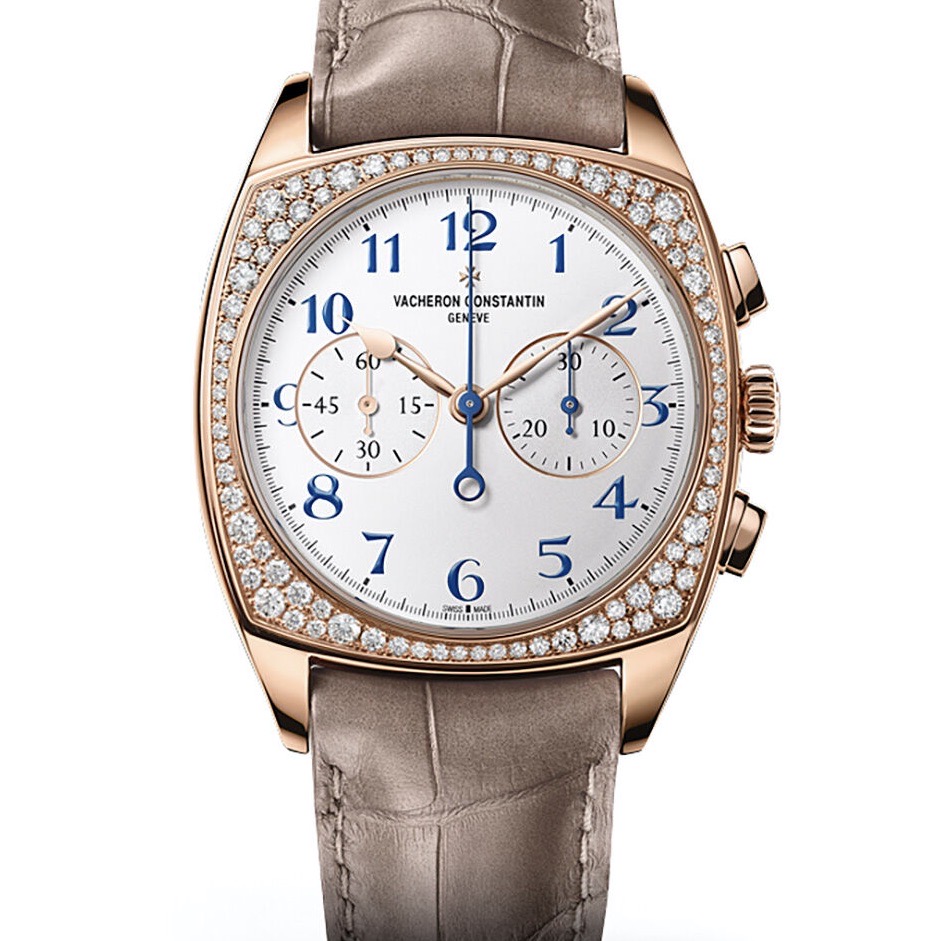 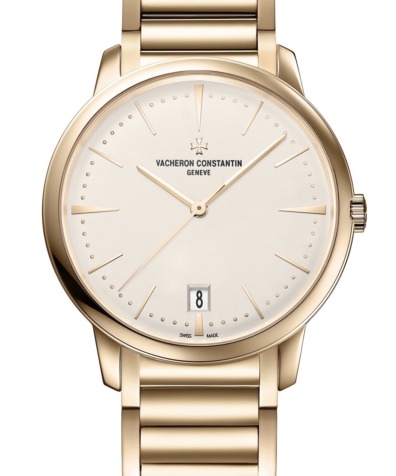 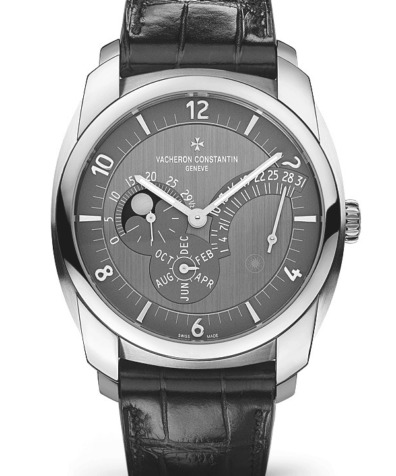 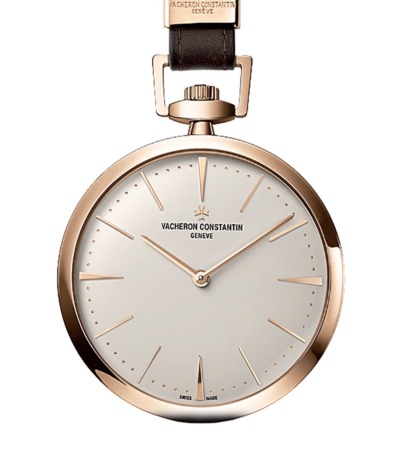 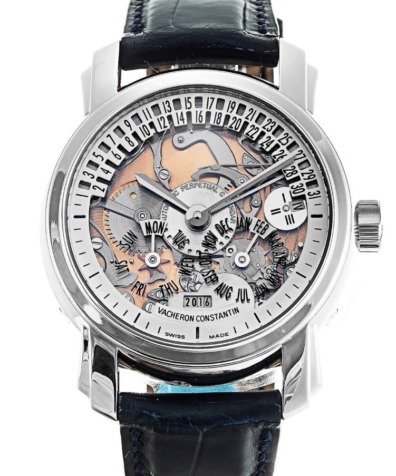 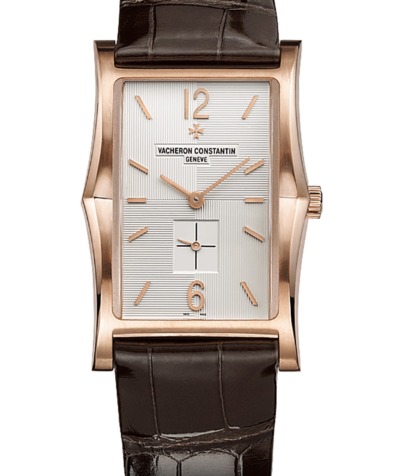 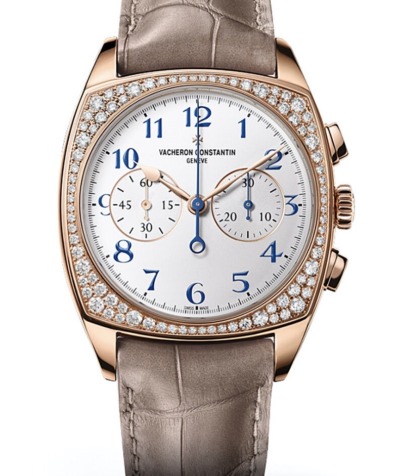 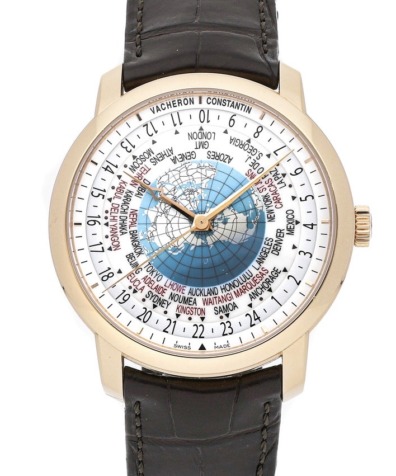 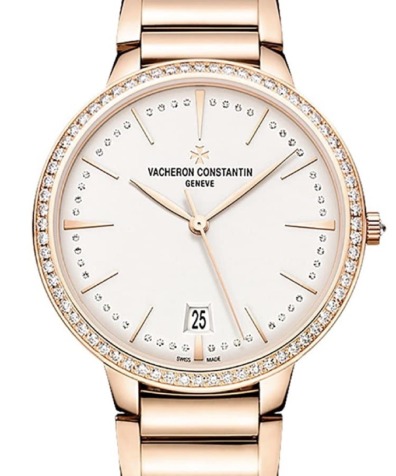 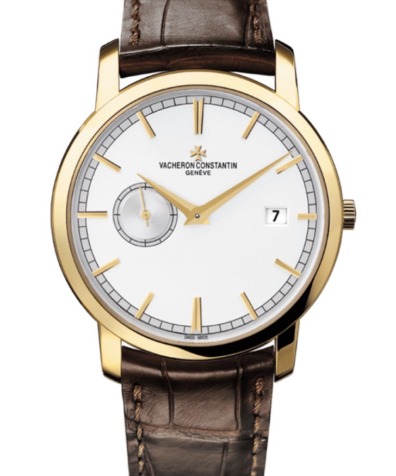 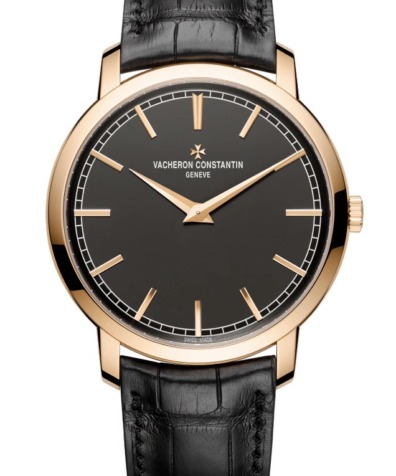 Founded in 1755, Vacheron Constantin is today the world’s longest continuously operating watch manufacturer. The company can thus look back on an impressive history spanning well over 250 years, starting with 24-year-old Jean-Marc Vacheron and an apprenticeship contract issued by him in Geneva.

Although the brand is now on the Olympus of watchmaking, the road to it was paved with turbulence and obstacles that at times severely affected the brand. In particular, political unrest such as the French Revolution, which decimated the customer base of the still young brand considerably, made the brand’s early days a great challenge.

In 1819, one of the most important steps in the history of the company followed, which in retrospect turned out to be a stroke of genius: François Constantin, a businessman and globetrotter, entered into a partnership with the brand, resulting in the name “Vacheron et Constantin”. He had excellent links across the globe and carried the brand into new, untapped markets, hence playing a key role in its expansion.

Over the decades, the brand has repeatedly been able to offer impressive achievements. Whether the thinnest or the most complicated wristwatch movement in the world, over time Vacheron Constantin has succeeded in astounding the watchmaking world with designs it never thought possible.

Today, Maison Vacheron Constantin, which has been part of the Richemont Group since 1996, employs around 400 people worldwide. With over 500 official sales outlets in over 80 countries around the world, the brand is undoubtedly one of the “big players” in the watch industry.

The Overseas has been a staple at Vacheron Constantin since 1996. In 2016, the collection underwent a facelift, but the guiding principle remained unchanged: Overseas watches symbolize, as the name suggests, the philosophy of travel. As a result, the watches have for example an additional time zone (up to the world time clock), interchangeable bracelets or Easyfit clasps.

Less is sometimes more, as this collection impressively proves. The watches in the Patrimony range are characterised first and foremost by their strict reduction and clear limitation to the essential. The result is timeless elegance and simplicity.

This collection is named after the historic headquarters of the brand in the heart of Geneva. In the heart of the Rhone lies a small eponymous island, which over the centuries has developed into a lively hub of the city. The same dynamism is also conveyed by the watches in the collection, whose round, cushion-shaped case shapes sparkle impressively, particularly with reflective light.

Watches in the Traditionnelle Collection are the brand’s technical playground and are home to everything that Haute Horlogerie is capable of today: from Tourbillons and Perpetual Calendars to skeleton platinum watches, every customer, no matter how demanding, will find here what they are looking for. In the spirit of the high art of Geneva watchmaking, traditional savoir-faire is skilfully brought in line with state-of-the-art technology.

Founded in 1755, the maison is the world’s longest operating watch manufacturer.

Vacheron Constantin belongs to the “Big Three” (or “Holy Trinity”) of the watch industry. Along with Patek Philippe and Audemars Piguet, the brand is thus one of the most respected and renowned watch manufacturers in the world.

The 2015 watch with the reference number 57260 comprises incredible 57 complications. The watch weighs around one kilogram, is made of white gold and took eight years to develop.

With the “Patrimony Contemporaine Ultraflach Caliber 1731”, the brand published the world’s flattest minute repeater watch at the time of its launch. The particularly flat hand-wound calibre 1731 has a height of only 3.9 mm and therefore enables a case height of 8.09 mm.

1755: Jean-Marc Vacheron hired his first apprentice on the 17th September 1755. Up to this day, this contract marks the beginning of the company.

1785: Jean-Marc hands over the operational management of the company to his son Abraham Vacheron. He successfully steers the company through the unrest of the French Revolution.

1819: Historical turning point: François Constantin, son of a fabric merchant, turns out to be a marketing genius and gives the manufactory new momentum.

1860: From 1860, the brand was able to manufacture all the individual parts used in the watches in its own factory. This is the achievement of the watchmaker Georges-Auguste Leschot, who from 1840 decisively promoted the series production of small parts with his specially developed pantograph.

1880: The iconic Maltese cross is registered as an official trademark logo in Bern.

1886: The “Geneva Seal”, the standard of excellence still used today, is introduced. It symbolizes the finest art of watchmaking in Geneva and guarantees quality, longevity and watchmaking excellence. Today, many of the company’s watches adorn themselves with this prestigious hallmark.

1906: The brand’s first boutique opens its doors to the world in Geneva.

1955: In celebration of its two hundredth anniversary, the master watchmakers developed the flattest movement in the world. The calibre 1003 measures only 1.64mm.

1992: With the calibre 1755, the flattest minute repeater in the world was created in 1992 and once again impressively demonstrates the brand’s most important calling: to create the extraordinary.

1996: The legendary Overseas collection is born.

2005: With its 250th anniversary, the traditional Swiss brand represents a quarter of a millennium full of technical excellence and the finest art of watchmaking.

2015: With the reference “57260”, Vacheron Constantin creates the most complicated watch ever designed. It has 57 complications.

2018: The “Fiftysix” collection is presented for the first time at the SIHH watch fair in Geneva.

Why buy a Vacheron Constantin?

On July 5th, 1819, François Constantin, an experienced merchant, sent a letter to Jacques Barthélémi Vacheron in which he said:
“Do better if possible, and that is always possible.”

At the time intended as mere advice to his partner, the slogan quickly became the official corporate motto and has since then always underscored the company’s continuous quest for perfection.

This guiding principle quickly becomes evident at a first glance at the brand’s portfolio, as it only includes wristwatches of the absolute extra class. 260 years of continuous innovation and improvement do leave their mark.