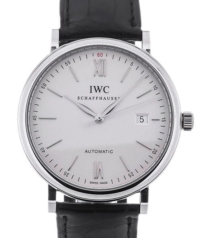 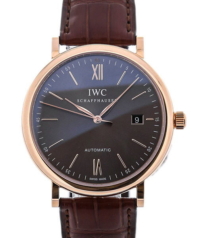 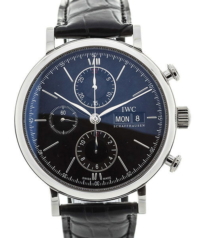 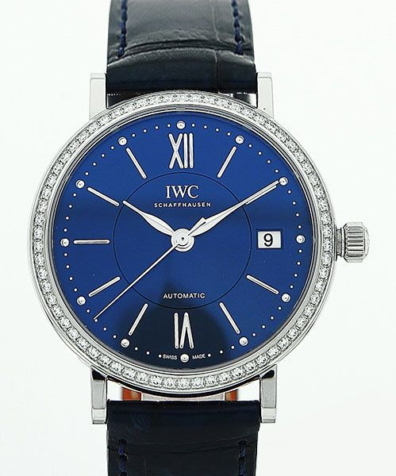 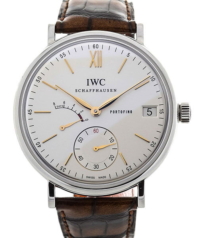 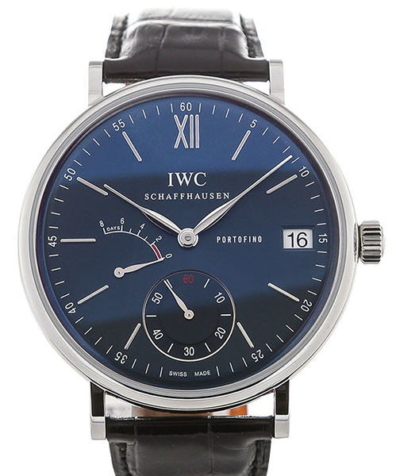 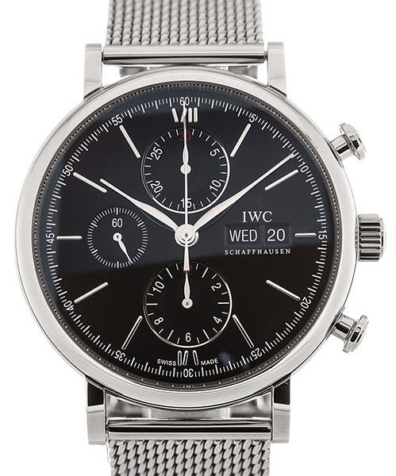 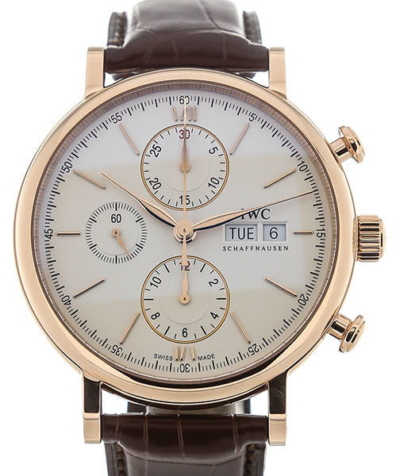 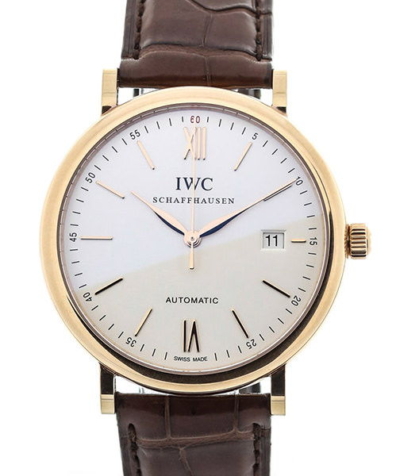 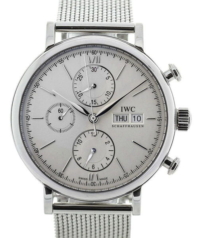 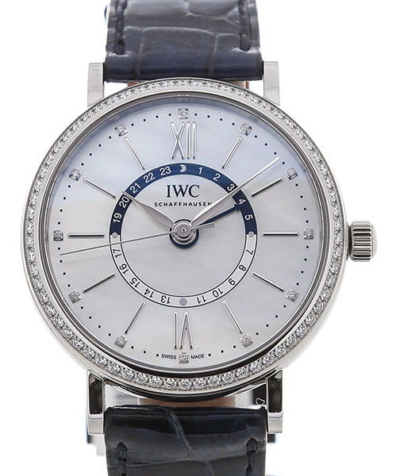 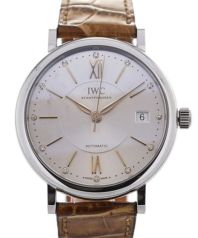 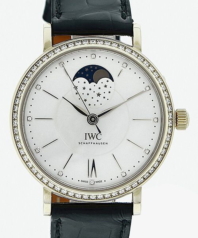 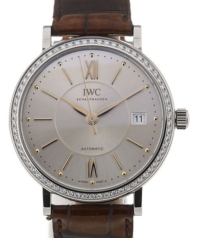 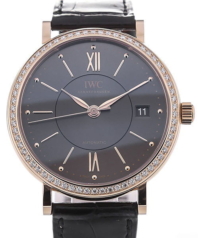 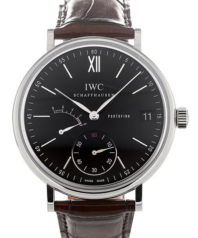 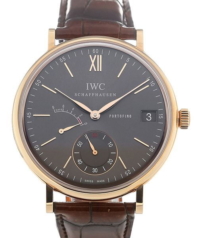 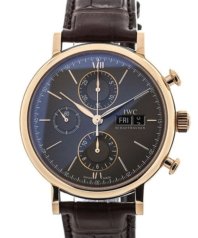 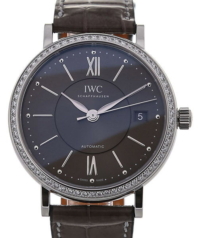 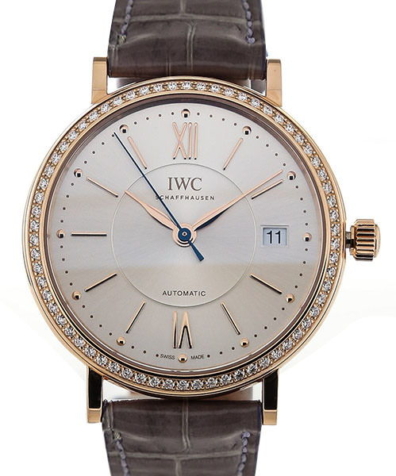 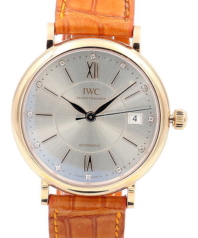 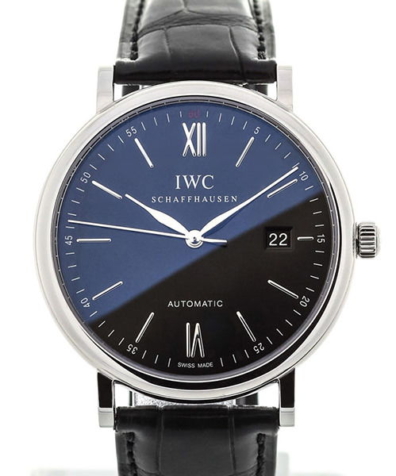 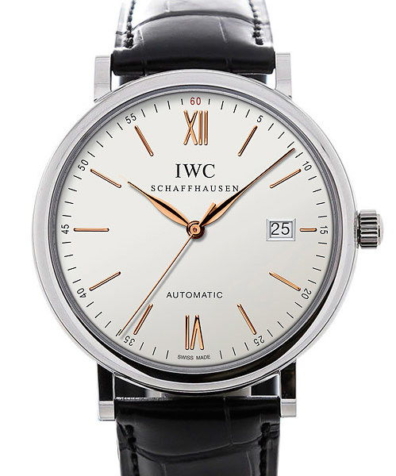 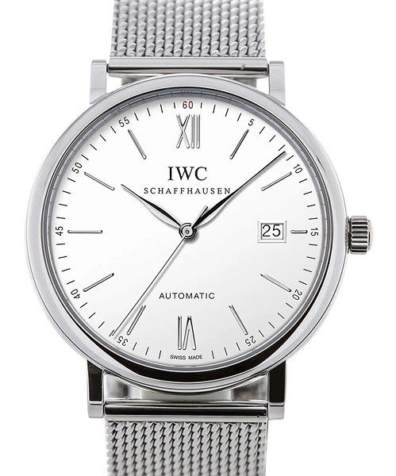 The Portofino is a Hermes in the renaissance of mechanical time measurement. Back in 1984, every watch manufacturer was mired in the Quartz crisis. Almost every single producer was swept up in the electromechanical revolution and even Vallée-de-Joux, the epicenter of Swiss watch craftsmanship, wasn’t a safe harbor for job security. In the beginning of the 1980s, at the same time as Jean-Claude Biver was reviving the traditional brand of Blancpain and concentrating more on the pillars of both tradition and mechanics, IWC quickly recognized the sign of the times.

The Portofino was essentially IWC’s statement about mechanical time measurement and belongs to the very first of all that Swiss precision timekeeping stands for. Named after the picturesque fishing village Portofino, its invention was born from the idea of an elegant watch for recreational time that could be worn in evening affairs. One which would fit in perfectly with the backdrop of the setting sun while at the beach. Live and let live, with the fitting watch on your wrist.

The namesake for the Portofino comes from a Liguria fishing village with a population of less than 500 inhabitants. As colourful as the houses of this coastal town can be after which the collection is named, in comparison, the colours of the watches dials are very reserved.

First presented in 1984, the reference 5251 is the first model of the Portofino collection. Originally based on the pocket watch Lépine, its dial has been turned 90 degrees, changing it from a pocket to a large size wristwatch with both a moon phase display with Breguet hands. The classic, large size charm of this watch hasn’t been lost either.

37: A watch size beginning at 37 millimetres

Since 2014, the Portofino has been available with a case measurement of 37 millimetres, which serves both of its male and female clientele, regardless of whether it’s a ladies watch or a smaller sized one intended for gentlemen. In comparison to the larger Portofino versions, it’s an ideal companion for all those with smaller wrist sizes or those who prefer dimensions in the sub-forty category.

With a power reserve of eight days, it’s more than enough to wind the watch once a week. It’s particularly interesting for those who regularly wear a watch, but aren’t compelled to wear it daily nor consistently manually wind the watch.

1: The entire production process in one factory

Originally based on a true and tested ETA movement like the ETA/Valjoux 7750 and the ETA 2892-2, today the Portofino collection largely incorporates in-house calibres. IWC is following the same trend as its Portugieser, Aquatimer, and Fliegeruhren collections by implementing more self-produced watch parts.

A Chronology of the Portofino

1984: The Portofino becomes a part of the brands’ portfolio and serves to reinforce the classic-elegant time measurement fraction from IWC.

2011: New versions of the Portofino are presented, which have incorporated hand winding movements with a power reserve of 8 days.

2014 The Portofino Automatic 37 becomes a series of Portofino models for all the lovers of watches that prefer more discreet case measurements. There’s also some versions with a moonphase and a day-night display.

2015: A Portofino monopusher chronograph is launched.